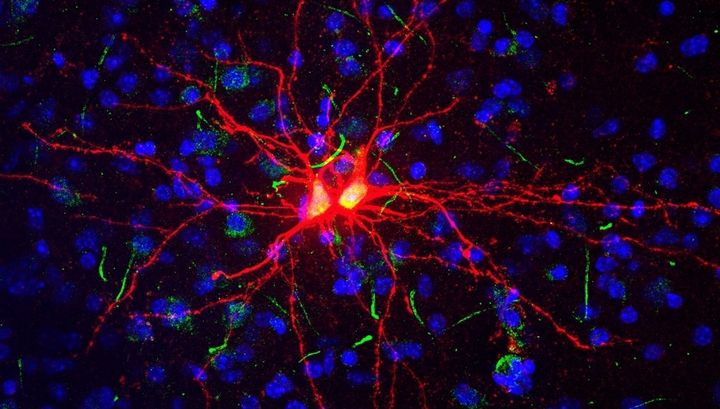 Researchers from the University of Queensland reported on the discovery, which may lead to the emergence of new treatments for depression and post-traumatic stress disorder (PTSD).

These are cells that are produced in the amygdala. This area plays a key role in the formation of emotions, including when processing memories.

Disturbances in the work of the amygdala are associated with many anxiety disorders. But it was known before. However, now researchers have proved for the first time that this region of the brain in adults can adapt to changes and recover.

Prior to this, similar processes were observed only in the hippocampus. This area of ​​the brain also participates in the mechanisms of the formation of emotions, and is also responsible for the consolidation of memory, that is, the transition of short-term memory to long-term memory.

But during observations of mice, the Australian team was surprised to find that in the amygdala of adult rodents, as in the hippocampus, new stem cells are formed, which then turn into full functioning neurons.

“Although it was previously known that the brain of an adult man is capable of producing new neurons, it was in the amygdala that these cells were discovered for the first time.” Our discovery is of great importance for understanding the role of this area in managing fear and memories associated with it, “says Professor Pankage Sah (Pankaj Sah).

The amygdala of the brain plays a key role in the study of fear – a feeling when a person reacts to a stimulus (a memory of frightening events).

“The feeling of fear promotes the appearance of classic symptoms – an increase in heart rate, dry mouth, sweaty palms, etc. But the amygdala also plays a role in the formation of deep emotions – despair, phobias, PTSD,” notes co-author Dhanisha Jhaveri ).

If doctors understand how to stimulate the production of new cells in the amygdala, it will present new opportunities for treating disorders associated with a sense of fear, adds the researcher.

By the way, the discovery of neurogenesis (the process of the formation of new cells) in the hippocampus was performed by Perry Bartlett (Perry Bartlett), the founder of the Institute of the Brain of Queensland University. He also took part in the current study.

“Our discovery deepens the understanding of the plasticity of the brain,” Sah concludes, “We found stem cells in amygdala in adult mice, and this suggests that neurogenesis occurs not only in the hippocampus.”

The next stage of the work is to search for evidence that new neurons in the amygdala are formed in humans in the same way as in rodents, the authors add.

A scientific article with a detailed description of neurogenesis in amygdala bodies of adult animals is published in Molecular Psychiatry.