The brain of some birds has increased because of severe climate 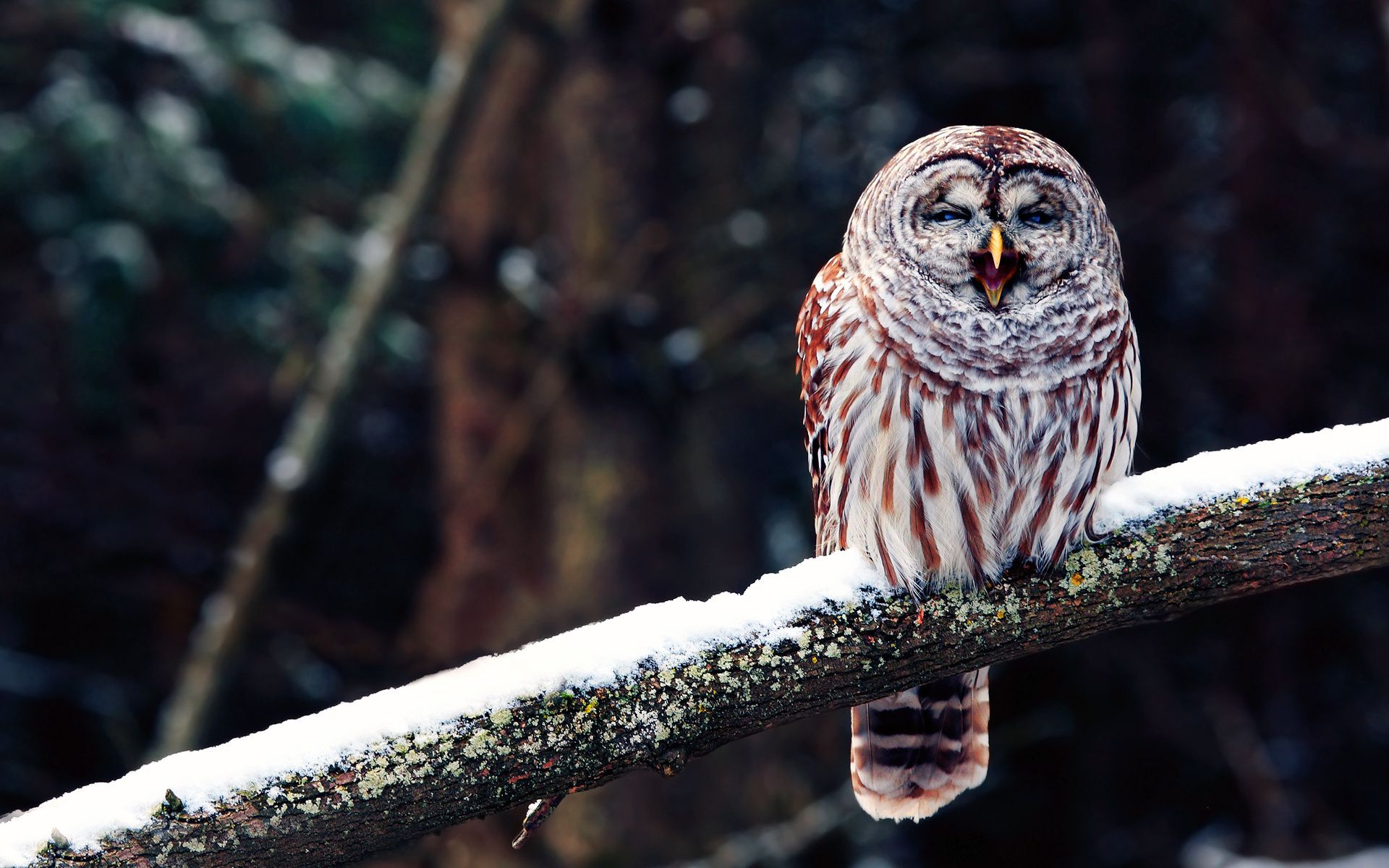 The international group of scientists came to a conclusion that life in severe climate could lead to increase in a brain of some birds.

The reasons of development of disproportionately big brain in some animals, for example the person, are unknown. Carry to factors which could lead to it, in particular, a social conduct of life or climate. Influence of climate on the size of a brain is described by a hypothesis of “the cognitive buffer” according to which the large brain helps to adapt to seasonal variability of amount of food.

To check this hypothesis, scientists from the Research center of ecology and forestry (Spain) and other organizations studied data on the size of a brain and body at 4744 birds belonging to 1217 types and living on all continents in various climatic conditions. For assessment of availability of food depending on a season the analysis also included data on productivity of plants.

Comparison of data showed that the birds living in regions with bigger seasonal variability have larger brain. At the same time correlation was found only for three of four considered groups: sovoobraznykh (Strigiformes), sparrow (Passeridae) and dyatloobraznykh (Piciformes). In group the kuroobraznykh (Galliformes) of such communication it wasn’t fixed. 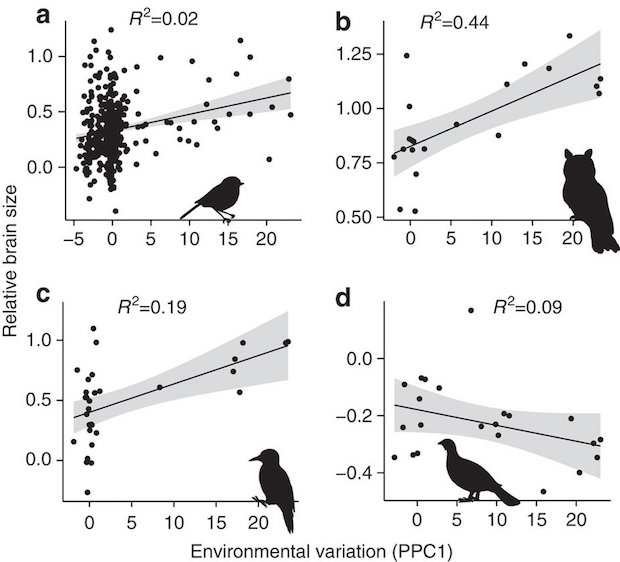 Communication between the size of a brain and seasonality of climate

According to scientists, it can be connected with features of a diet of the last. So, unlike three other groups, kuroobrazny are capable to survive in regions with big seasonal variability not on plasticity of behavior, and other factors. For example, it can be the lowered level of metabolism or specialization on “low-quality” food, such as needles of coniferous trees.

Then authors carried out phylogenetic reconstruction of evolution of the size of a brain to estimate cause and effect relationship. Results showed that the model of adaptive evolution according to which the brain of birds increased in response to severe climatic conditions has big statistical support. Indirectly it confirmed that correlation was observed only at not migrating types.