The brain works ten times more actively than was thought before 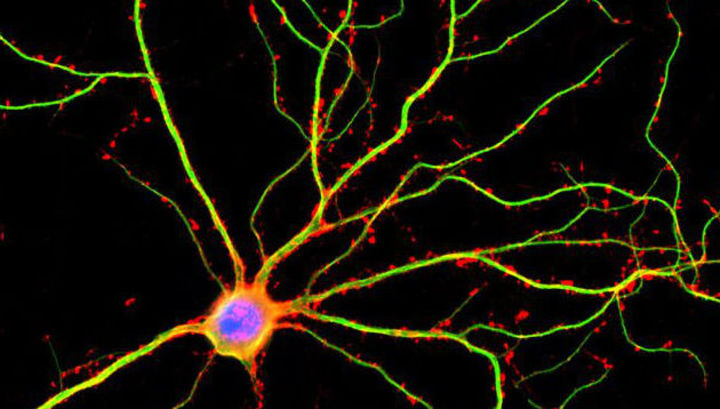 The brain is ten times more active than previously thought, researchers found at the University of California Los Angeles (UCLA). The new work, according to experts, is able to change the view of scientists about the work of the brain. Also, the study can lead to the creation of more advanced computers and new approaches in the treatment of neurological disorders.

The scientists studied the structures and functions of dendrites, which are branched processes of neurons (nerve cells). Let us explain that neurons themselves are relatively large tree structures, consisting of the body of the cell (soma) and numerous branches – dendrites. Soma generates short electrical impulses (they are called somatic bursts) in order to “communicate” with each other.

For a long time, researchers believed that somatic bursts activate dendrites, which passively “transmit” signals to other soma of neurons. In other words, it was believed that dendrites are just “uncomplaining” guides. Through them, the electrical impulses that the dendrites receive from the synapses of the cells (the connections between the two neurons) are sent to the soma.

But a new study showed that dendrites create their own bursts and even ten times more than soma.

“The recognition of the fact that they are much more active than soma fundamentally changes our perception of how the brain processes information,” says lead author of the study Mayank Mehta of UCLA.

In his opinion, the study can pave the way for creating new ways of treating neurological disorders and help the development of computers similar to the human brain.

“We found out that dendrites are actually hybrids that can produce analog and digital calculations, which means they are fundamentally different from digital computers, but they are somewhat similar to analog quantum computers,” Mehta said.

For a very long time, specialists in the field of neuroscience were sure that neurons are some kind of similarity of digital devices (they either generate a splash, or they do not).

“The results of the research show that dendrites behave not only as purely digital devices.The dendrites do generate digital pulses, but they also show large analog fluctuations,” the researcher says. He adds that this is very different from the opinion that prevailed in science for about 60 years.

It is noted that the researchers have already fixed the ability of dendrites to generate impulses. However, scientists from UCLA were not sure that such a process happens with natural behavior (it was not known how often this happens).

The scientists decided to check this. For almost four days, they measured the activity of dendrites in rats. The latter could freely move around the large labyrinth. It is noted that specialists measured activity in the posterior parietal cortex of rats, which plays a key role in the planning of movements.

It turned out that dendrites are much more active than bodies of neurons. For example, while the rats were asleep, the dendrites generated five times more impulses, while while the rodents were awake and studying the labyrinth – ten times more.

“Previously, most of the previous models assumed that training occurs when soma of two neurons are activated simultaneously,” explains another author of the work Jason Moore of UCLA.-Our results suggest that training can occur when an input neuron is simultaneously excited And dendrite.It is possible that different parts of the dendrites are active at different times, that is, the learning process can probably occur within one neuron and is more flexible. ”

Mehta adds that solutions are more often accepted in dendrites than in soma. “And such calculations are not only digital, but also analog,” he adds.

Due to technological difficulties, to a large extent, all the research of brain functions was focused on the body cells. “Our work alters the idea of ​​how neurons process information,” concludes Mehta.