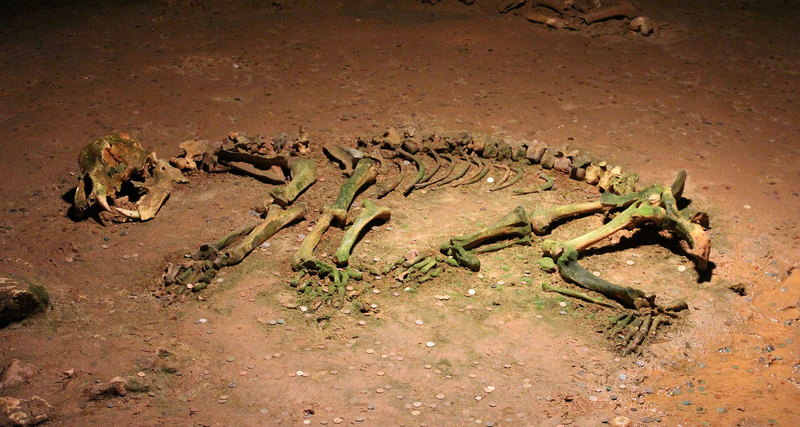 The cave bear was about a third larger than the current brown one. It appeared about 300 thousand years ago, disappeared approximately 25-24 thousand years ago. The causes of extinction are unclear – maybe it’s a matter of climate change, maybe something else. Judging by the nature of the abrasion of teeth, the diet of the big bear was dominated by plant food, but there is no consensus on this in the scientists. The name is due to the fact that the beast was clearly fond of settling in caves – hundreds of skeletons were found there. At the same time, there are no serious reasons to believe that he lived only there. Just skeletons are better preserved and easier to find in the caves.

The international team of researchers compared the DNA of a modern brown bear and its extinct brother. The fact that they are close relatives, it was clear before. But, as in the case of the modern man and the Neanderthal man, the degree of kinship and the possibility of crossing representatives of these species with the birth of prolific offspring were of interest.

At the same time, the same comparison was made with the DNA of a polar bear – also, obviously, a relative of the cave one.

The analysis showed that in the DNA of brown and polar bears, the fragments characteristic of the cave are from 0.9 to 2.4%. This, apparently, means that the ancient bears did interbreed with each other, and their offspring retained the ability to reproduce.

As far as we know, this is the first study of this kind for ancient animals. Previously, science was interested only in the sexual life of the Sapiens, Neanderthals and Denis, who also turned out to be sexual partners.