The butterfly was taught to drive the car 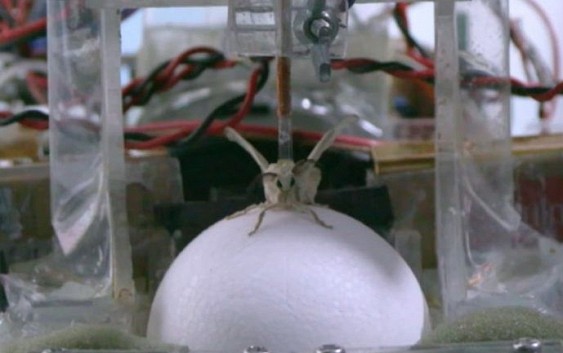 The American engineers developed the system allowing to replace guard dogs in sniffing and detection of wounded under blockages, leak of dangerous chemicals, and also the hidden drugs. Dogs are succeeded by a butterfly of a silkworm, the managing director (on a smell) the mini-car.

The butterfly takes place in a tiny cabin where her legs freely “run” on a round ball which principle of action reminds the trackball of a computer mouse. Short moustaches of a silkworm are very sensitive to smells: having defined location of a source of pheromones of a female, the insect began to run in this direction. The movement of extremities on a ball then directed the mechanical device there.

Researchers note that their experiments will help robotics to integrate better the systems of an identification of smells simulated from live organisms into mechanical devices. If genetically to modify butterflies of a silkworm, they will be able to distinguish any smells necessary to experts — and messages to a source of the last the necessary devices.