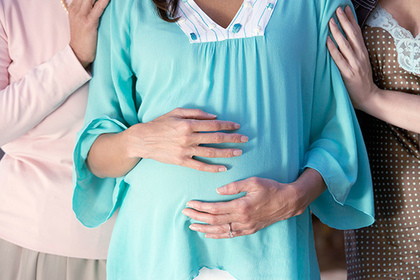 Researchers from Baylor College of Medicine found a possible cause of previously unexplained infertility of women. In their opinion, the pathology arises from the genetic mutation. The article of scientists is published in the journal Scientific Reports.

According to experts, doctors do not know what factors cause infertility, in 10-15 percent of cases. However, scientists have found that changes in DNA that lead to the loss of the functions of NLRP genes contribute to abnormal placenta development, loss of embryo to the implantation stage, or the emergence of a child with developmental defects. These mutations, according to researchers, may be the cause of infertility of an unknown genesis.

To confirm the effect of the inactivation of the NLRP2 and NLRP7 genes on the reproductive capacity of women, the scientists used a mouse model. Although rodents are carriers of only the first gene, experts have suggested that its role is similar to NLRP7.
Genetically modified mice, in which the activity of the corresponding DNA was blocked, looked normal. However, females, as it turned out, could not conceive or gave offspring with developmental disorders. The same mutation in males had no effect.