The cause of extinction of bees is found 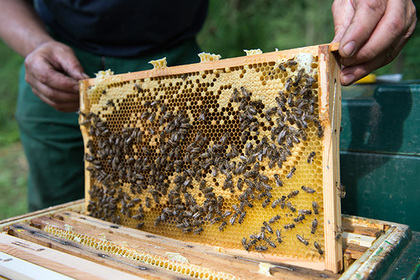 Canadian, British and German scientists in the first large-scale pan-European study confirmed that neonicotinoids adversely affect the populations of bees. Two related works are published in the journal Science.

In the first study, scientists observed three species of bees that lived in the areas of growth of oil crops treated with neonicotinoids. It turned out that the number of insect populations declined sharply in Hungary and the UK, but not in Germany (due to the access of insects to a wide range of flowering plants). In all three countries there was a decrease in the reproductive capacity of bees.

In the second study, scientists observed Canadian bees that lived near corn fields, also treated with insecticides. It turned out that the average life expectancy of worker bees in these districts was below the norm, and the number of bee-colonels in families also decreased.

In total, scientists observed bees that live or are located near fields with a total area of ​​two thousand hectares. Experts note that several factors contribute to the degradation of bee populations, the use of neonicotinoids is one of them. It is noted that the study was funded by companies that produce insecticides, but its results were interpreted by independent experts.

Bees are important primarily for pollination of plants. Only in the USA, insects pollinate, according to various estimates, up to a quarter of all crops. The corresponding market of services in the country is estimated at $ 10-15 billion per year.

One of the reasons for the death of bees, scientists also call the world trade in insects, leading to the spread of the parasite mite Varroa destructor.