The cause of the death of the last mammoths on Earth 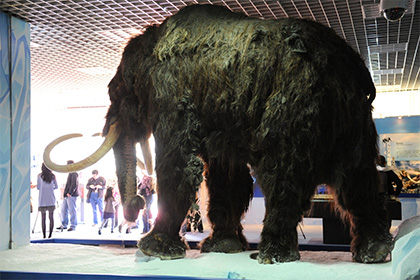 Biologists from the University of California at Berkeley (USA) named the reason for the disappearance of the last living mammoths on Earth. A study published in the journal PLOS Genetics, and briefly about it reports the American Association for the advancement of science.

Isolated population of dwarf subspecies of woolly mammoths (Mammuthus primigenius species), who lived several thousand years ago on Wrangel island, “accumulated” too many harmful mutations. We are talking about the loss of many of the olfactory receptors, as well as changes in the activity of genes responsible for the choice of partner and position in the social hierarchy.

These mutations could lead, as the authors suggest, to the extinction of the woolly mammoth on Wrangel island. To such conclusions scientists have come, having compared the genomes of two groups of Mammuthus primigenius. The first one is presented who lived on the island approximately 4.3 thousand years ago animals from isolated populations numbering about 300 mammoths. The second group consisted of mainland Mammuthus primigenius, whose ancestors had ascended to the existing approximately 45 thousand years ago mammoths.

Previously conducted genetic analysis of samples from the molar of a dwarf mammoth, deceased 4.3 thousand years ago, showed that the population of the island mammoths is likely to suffer from inbreeding — inbreeding. These mammoths were probably the last of the living on the Earth, while most of the Mammuthus primigenius disappeared about 10-12 thousand years ago.