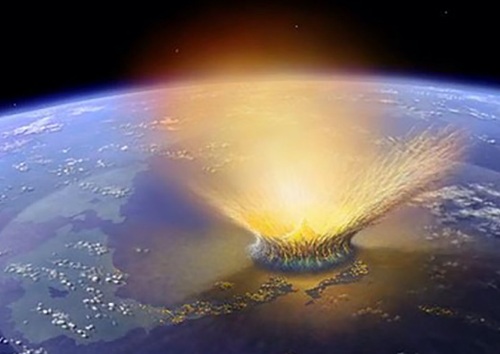 The fall of the asteroid Chicxulub led to large-scale forest fires, but not they, but the impact itself, which evaporated part of the earth’s rock, filled the atmosphere with soot and caused a strong global cooling, which ended the extinction of the dinosaurs.

About 66 million years ago, the Cretaceous-Paleogene mass extinction put an end to the long evolutionary history of most dinosaurs and many other animals and plants on land and in the ocean. The main “trigger” that launched this process is considered to be the fall of an asteroid – and in the shallow waters off the coast of modern Mexico, a crater of the corresponding age was indeed found, left by a body about 10 kilometers in size.

The impact hit a carbon-rich geological platform, partially vaporizing its material and releasing aerosols, dust and soot particles into the air. The released heat set off massive fires that filled the atmosphere with additional particles. The amount of sunlight reaching the Earth’s surface has significantly decreased, a global cooling and death of many plants began.

Which of these mechanisms – evaporation of geological rocks or fires – made the main contribution to the cooling, remained unknown until now. Only recently has a team of Shelby Lyons of Pennsylvania State University done this work. The article of scientists was published in the journal PNAS.

The authors collected and analyzed sedimentary rocks from both Chicxulub crater itself and from other regions of the planet, where traces of atmospheric soot from the Cretaceous-Paleogene extinction era have been preserved. They were interested in the presence of polycyclic aromatic hydrocarbons, which serve as markers of substances of pyrogenic, “fire” origin.

The accumulation rate and composition of these hydrocarbons showed that most of the pyrogenic particles entered the atmosphere at a time and quickly, and their source, apparently, was the impact itself, which evaporated part of the rock. “This indicates that fires, although they existed, had less impact on global climate and extinction,” the authors summarize.