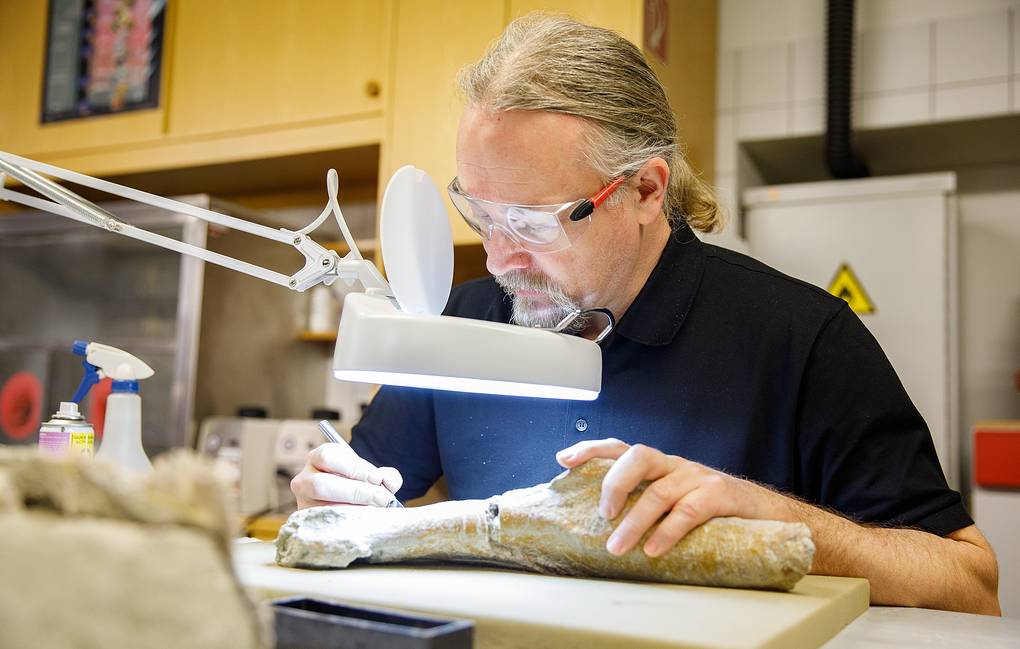 Devonian extinction, during which 75% of marine animal species and 97% of vertebrate inhabitants of the seas disappeared from the face of the Earth, could occur due to a sharp decrease in the concentration of ozone in the Earth’s atmosphere. This conclusion was reached by paleontologists, whose article was published by the scientific journal Science Advances.

“The Earth’s ozone shield in that era disappeared briefly, which coincided with a short period of sharp climate warming. We have long known that the thickness and condition of the ozone layer can change dramatically under the influence of various factors, including volcanic eruptions. Our discovery shows that this can happen without the action of such catalysts, “said one of the authors of the work, Professor of Southampton University John Marshall.

Researchers now believe that for the entire time that life has existed on Earth, there have been six major mass extinctions. The last of them happened about 65.5 million years ago, as a result of which the dinosaurs disappeared, as well as all the other large land and sea reptiles.

The second such event occurred approximately 359 million years ago, at the end of the Devonian period. At this time, approximately 50% of all species of animals and plants and about 15% of families of living creatures disappeared from the face of the planet. Large creatures, including large trilobites, crustaceans, as well as jawless and armored fish, suffered the most from this.

Scientists, as noted by Marshall and his colleagues, are not yet sure what exactly caused this extinction and why it mainly affected the marine fauna and almost did not affect the evolution of the first inhabitants of the land. Some researchers believe that the cause of the fall could be a large asteroid, while others attribute this role to outpourings of magma or a sharp decrease in the concentration of oxygen in the waters of the Earth’s primary ocean, which was associated with the spread of plants over land.
Ultraviolet light

British paleontologists have proposed a completely different answer to this question. They carried out excavations on the east coast of Greenland, where rocks occur that formed at the bottom of two ancient lakes at the very end of the Devonian period. At that time, Greenland was located in the southern hemisphere of the Earth and was part of the gigantic continent that united modern Europe and North America.

Studying the petrified bottom sediments of these reservoirs, scientists tried to understand what climate prevailed then in Greenland and how its changes could be associated with the beginning of mass extinction. This search unexpectedly led to the discovery of many spores of primitive clowns and other first terrestrial plants of the Earth, most of which were unusually damaged.

Having studied the features of these deformations, paleontologists came to the conclusion that they were caused by ultraviolet radiation, which fell on the spore-bearing organs of plants during their maturation. The massive appearance of such damage, as the researchers explain, suggests that about 359 million years ago, the ozone layer almost completely disappeared and did not recover immediately.

On the left is a normal spore, and on the right is damaged, presumably, by ultraviolet radiation
© John Marshall

An analysis of other sediments from the bottom of the ancient Greenland lakes, as well as excavations on the shores of Lake Titicaca, which was then in the southern circumpolar regions of the Earth, shows that before this the planet’s climate had become very warm. Therefore, scientists suggest that one of the main driving factors in the disappearance of ozone from the atmosphere was global warming, because of it water vapor and chlorine compounds can get into the stratosphere, where the ozone layer is located.

Scientists suggest that this, and not the fall of an asteroid or volcanic eruption, was the main reason why a significant part of the marine flora and fauna of the Devonian period became extinct. In favor of this, in particular, the fact that extinction is most affected by those species of animals and plants that lived in shallow water or near the surface of the ocean where ultraviolet can penetrate and which are most affected by fluctuations in the Earth’s climate.

“According to current climate scientists, we can reach approximately the same temperatures that were typical of the Earth 360 million years ago in the coming centuries. As a result, a similar collapse of the ozone layer can occur and global warming will turn into a global catastrophe for all terrestrial flora and fauna, and also the inhabitants of shallow waters, “concluded Marshall.