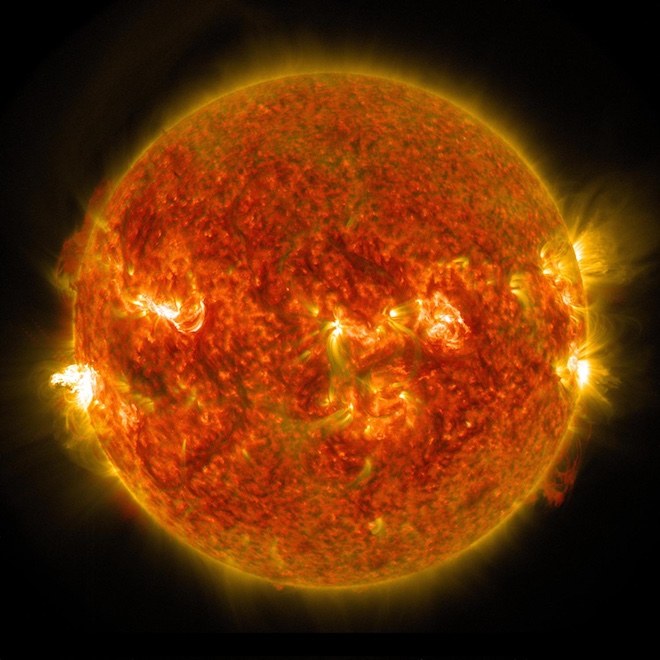 Model calculations have shown how changes in solar activity affect the climate. Studies sponsored by the Swiss National Science Foundation suggest that technogenic global warming will decline over the course of several future decades. The weakened Sun can lower the temperature by half a degree.

There is a man-made climate change and natural climatic fluctuations. An important factor on which the rise and fall of the Earth’s temperature depends is the Sun. The activity of our star changes, and the intensity of sunlight that reaches our planet changes. One of the key issues faced by climatologists is whether these fluctuations have an impact on the Earth’s climate. The Intergovernmental Panel on Climate Change believes that solar activity is irrelevant to climate change and that the same trend will continue in the future.

Researchers from the Physical Meteorological Observatory in Davos, the Swiss Federal Institute of Aquaculture and Technology, the Swiss Higher Technical School of Zurich and the University of Berne are currently testing this assumption.

Model calculations quantify the effect of the Sun on terrestrial temperature in the next 100 years. Scientists suggest that the temperature of the Earth will fall by half a degree, when solar activity reaches a minimum.

According to the head of the project, Werner Schmutz, such a decrease in temperature is significant, although it only slightly compensates for man-made climate change. “We can win valuable time if solar activity decreases and a little slows down the pace of global warming. This will help us cope with the effects of climate change. ” But this will not last long, Shmutz warns, since the minimum will inevitably be followed by a maximum.

Researchers working on the project will meet in Davos at the conference to discuss the final results. Scientists have calculated the radiation impact on the Earth, taking into account solar particles and electromagnetic radiation. The Swiss Higher Technical School of Zurich calculated the further influence of the Sun on the atmosphere of the Earth, and the University of Berne studied the relationship between the atmosphere and the oceans.

Swiss researchers noted stronger changes in radiation than previous models showed. Schmutz is confident that “this is the only way that we can learn about the natural changes in our climate over the past millennium.” The scientist says that other hypotheses, for example, the impact on the climate of the strongest volcanic eruption, are less convincing.

How exactly will behave The sun in the next few years remains a mystery. “The results of our research are still a hypothesis,” says Schmutz. “And it’s still difficult for solar physicists to predict the next cycle.”

But since we have observed a phase of strong solar activity since 1950, it is likely that we will survive yet another low point in 50-100 years. And this solar minimum can be as intense as at least Maunder, which caused unusually cold weather in the 17th century.

The research project is very important in the historical perspective. The Eschegra Climate Research Center at the University of Bern compared the data on the solar activity of the past with other specific climatic conditions. People count the number of sunspots, which speaks of the level of solar activity, for three centuries already. However, it is much harder to know how cold it was then on Earth. “We know that winters during the last minimum were very cold, at least in Northern Europe,” says Schmutz. The researchers still have a lot of work to do before they can understand the relationship between solar activity and the global climate in the past and in the future.