The Chicxulub meteorite warmed the planet for 100,000 years 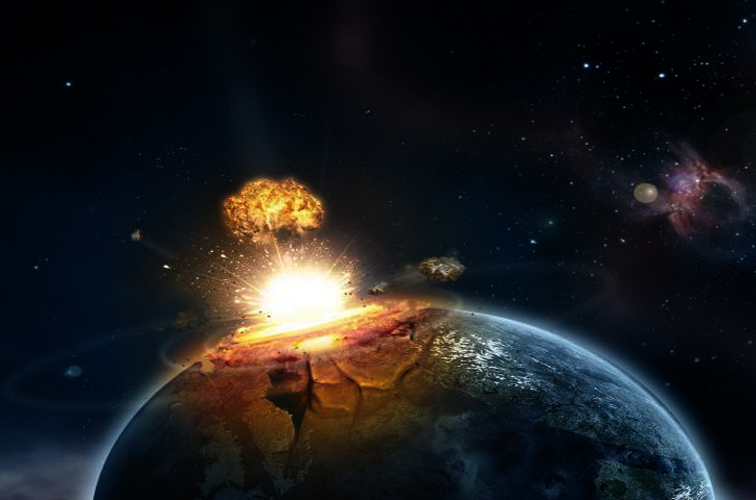 A small research team from the United States and Tunisia discovered facts indicating that the giant asteroid that crashed into the Earth about 66 million years ago, warmed the planet for about 100,000 years. In his work, the team describes the ratio of oxygen isotopes studied in the bones of ancient fish and the conclusions obtained in the analysis of these relationships.

Previous studies have shown that approximately 66 million years ago a large meteorite hit the Earth, which fell not far from Mexico. Some scientists believe that the sudden climate changes caused by the fall of this meteorite, led to the extinction of dinosaurs. Until now it was believed that the smoke and dust particles that rose into the air as a result of the fall of this meteorite blocked the surface of our planet from the rays of sunlight and led to a drop in temperature on Earth for an extended period of time. However, in the new work, researchers show that in reality the “cold period” lasted less than was thought, and it was replaced by a long “hot period”.

In their work, the team analyzes samples of sedimentary rocks, selected in the town of El-Kef, Tunisia. These samples contain fish bones, and the researchers were able to reconstruct the temperature of water in the ocean for the death of these fish from the ratio of oxygen isotopes in the substance of the fish bones. According to the results obtained, this temperature was 5 degrees Celsius higher than before the fall of the asteroid, and remained so for no less than 100,000 years.

The study is published in the journal Science; the main author K.G. McLeod (K. G. MacLeod).