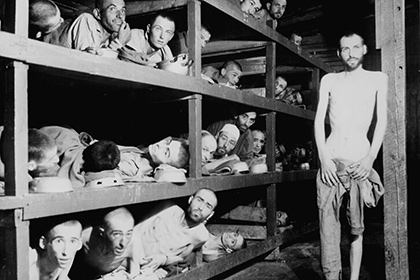 PTSD can be inherited by offspring. It found physicians from the school of medicine Ikana hospital, mount Sinai hospital, studied the level of DNA methylation in people who survived the Holocaust. The results of the research of scientists published in the journal Biological Psychiatry.

Genetics analyzed the blood samples of 32 former prisoners of concentration camps and their adult children (22 people). As a control, the experiment involved the Jews and their parents who have escaped prosecution. Scholars interested in the level of methylation of FKBP5 associated with the susceptibility to stress, or rather its site-specific, called introna 7.

Methylation is one type of modification of genes without changing their primary structure — the sequence of nucleotides that comprise DNA. In other words, we are not talking about mutations, and the accession to the gene of a particular molecule, in this case the methyl group. This usually leads to suppression of gene activity. Methylation is essential for normal development of cells and plays a role in the emergence of cancer.

Established that the level of methylation from a Holocaust survivor ten percent higher than people who are not faced with genocide. On the contrary, the descendants of the first he fell to 7.7 percent lower than children whose parents did not suffer from PTSD. These results, according to scientists, suggests that the effects of stress can not only be transmitted to future generations, but also contribute to their vulnerability to psychological distress.

Post-traumatic stress syndrome (also known as the Vietnam syndrome) is a serious condition that can occur in a person who survived one or more traumatic events, the psyche. It is characterized by acute feelings, high level of anxiety and other symptoms.