The Chinese company published tests of a pilotless taxi 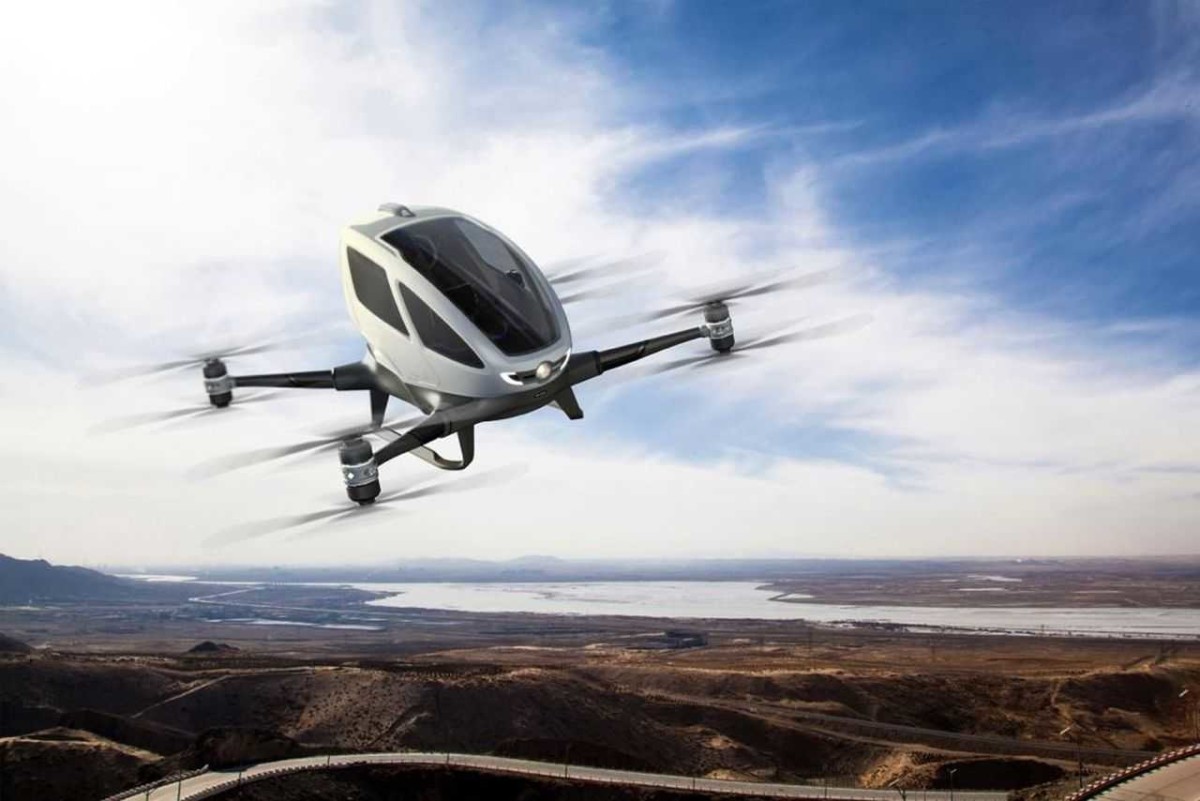 The Chinese company EHang posted video of tests of a passenger pilotless taxi EHang 164. Flight tests of EHang 164 were carried out in 2016. Video appeared in broad access a year later after the concept of the UAV was presented at the CES 2016 exhibition. In the middle of last year the company tested only the reduced device prototypes. Within new tests of EHang checked maneuverability, controllability and an opportunity to carry out flights at night.

The EHang 164 UAV is executed according to the scheme of the quadcopter, on the ends of each of beams of which two electric motors are placed. The last set the air screws directed up and down in motion. It is expected that the taxi will be able to transport passengers with a lump up to 100 kilograms. The device will gather speed to 100 kilometers per hour and to be airborne up to 23 minutes.

In 2017 the company intends to carry out comprehensive tests of a pilotless taxi. They will include flights under loading and control of the device by means of network of cellular communication of the standard 4G. Besides, the developer will begin tests of new control center for pilotless taxi of EHang. By means of the center operators will be able to control several tens of devices.