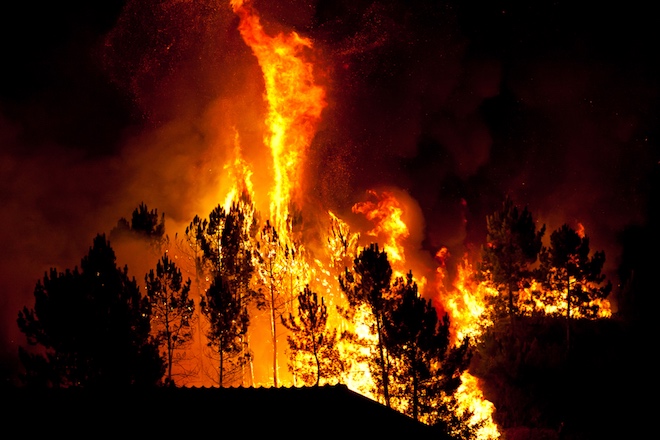 Human activity changes the Earth’s climate. Most scientists agree with this. But the debate about the speed of change and the impact of climatic metamorphosis on people does not subside. Surprisingly, the answers to questions about how climate change will affect our future may lie in the past, especially if it concerns the health of the inhabitants of the planet.

All these moments, the Australian health expert Anthony McMichael was going to raise in his book “Climate change and the health of nations: hunger, fever and the fate of the population.” McMichael suddenly died in 2014, not having completed his work. It was supplemented by epidemiologist Alistair Woodward. He explained how man-made global warming differs from climate change, which naturally took place in the past; Why Mozart became a victim of El Niño; And when a catastrophic famine and infectious diseases will occur, if we do not act.

The arguments put forward by people who do not want to take action to combat climate change fall into three categories. The first say that there is no such thing in principle. Others agree that the world is warming up, but they say that people are not to blame for this. And the third argument disputed by Tony McMichael’s book is: climate change is happening, people are likely to contribute to this, but this problem is not of primary importance compared to other problems that humanity is facing.

McMichael says: what we have seen in the past is a pale version of what we can face in the next 100 years.

A relatively recent example of the impact of climate change on the world population occurred in the early XIX century. The Tambor volcano in Indonesia exploded on an unprecedented scale. During the eruption into the air, it got like this with the huge volcanic eruption of Tambor in Indonesia. The eruption threw so much ash into the air that the global temperature fell by 2-3 degrees. This, in turn, has caused a decade of food crises. Harvest in Europe and other parts of the world fell significantly, which led to problems with nutrition, epidemic and infectious diseases.

Along with public unrest due to the movement of people from one place to another in search of more reliable sources of food, climate change has caused a decline in population, reproductive capacity and the rate of infectious diseases.

What distinguishes man-made climate change from natural climate change in the past? Carbon dioxide is the main greenhouse gas that causes global warming. Unlike the ashes in the atmosphere after the Tambor explosion, which has settled in 2-3 years, CO2 will remain for a long time. There is one more factor: the speed of climate change. The world warmed twice by 4-6 degrees Celsius over the last 60 million years due to natural cycles, but warming has occurred for thousands of years and not for a century, as now.

If you look at the death rate in London (UK) or Oakland (New Zealand) relative to daytime temperatures, the following pattern is visible. If it gets too hot or too cold, the mortality rate increases. Now Australia is facing an abnormal summer: over 200 days, 200 records were updated, reports the independent Climate Council. And the weather negatively affects people’s health. So, the 30-year-old pilot died of heat stress while riding a bicycle next to Brisbane.

Another example of how climate affects health is the activity of vectors of infection. Mosquitoes, for example, carry viruses and other pathogens that affect people, most actively at a certain temperature range and quickly respond to warming, becoming many times more active. Once climate change in Central Asia triggered the spread of bubonic plague in Europe. A sleeping plague bacterium in the marmot colonies in Central Asia was awakened by the activity of rodents, which in turn reacted to a rise in temperature. Marmots began to move more and more often come into contact with people. From marmots to people bubonic plague passed by means of vectors, for example, fleas.

Another theory links Mozart’s death to the El Niño phenomenon. At the end of the XVIII century, in 1791, the composer developed a mysterious disease. The body began to swell, it vomited and fevered. Mozart died relatively quickly. From what is not clear until now. It is believed that the composer had acute rheumatic fever, but it could be an infection. The disease coincided with a very strong El Niño, which lasted 5 years. The phenomenon was the strongest in the XVIII century and definitely had an impact on the climate in Europe. The daytime temperature in winter, when Mozart died, was much higher than normal and was unusually high in the month when the composer died.

Very difficult for Europe was the XIV century. There was one catastrophe after another, but the beginning of the sad events gave the Great Famine from 1315 to 1322 years. The event devastated Europe and England and was clearly connected with the climate. The temperature dropped, the rain models became unpredictable, the harvest rotted in the fields. Twenty years later, the Black Death began. People did not eat well and were especially prone to infections. As a result, the plague greatly reduced the population.

Looking back at examples of hunger, bubonic plague outbreaks, heat waves that killed tens of thousands of people in Europe in the Middle Ages, or recent events such as Hurricane Katrina in New Orleans, one can not deny the link between climate and the welfare of the world’s population.