The collapse of the theory of evolution: Humans already lived on Earth 5.7 million years ago 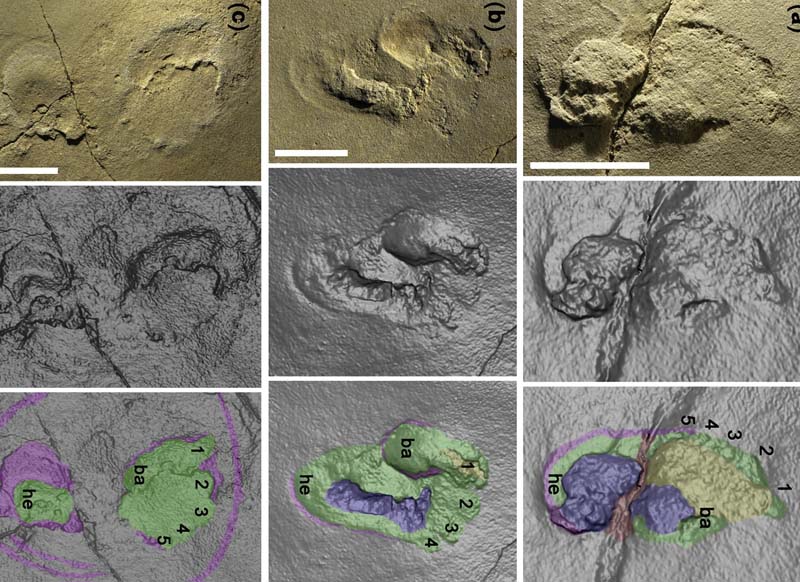 A major discovery was made, thanks to which we all – representatives of the homo sapiens genus, suddenly became 2 million years older! This is the conclusion now made public by scientists who investigated a unique find made on one of the islands in the Mediterranean. Our – quite similar to us – ancestors lived on earth more than 5 and a half million years ago.

Neanderthals are not the ancestors of man, but degraders, turning into more primitive creatures.

The epic with the discovery and study of “evidence” left by an ancient, ancient man, began, thanks to a happy occasion, and stretched as much as a decade and a half.

In 2002, the Polish paleontologist Gerard Gerlinsky decided to spend his next vacation in Crete. During a walk around the village of Trakhilos, located near the town of Kisamos in the west of this island, the scientist drew attention to strange depressions in the stone surface of the plateau. Looking at them more closely, Gerlinsky came to the conclusion that this was nothing but the petrified traces of someone’s feet.

The Pole was interested in the Pole, but only eight years later he managed to return to these places, this time together with his colleague Grzegos Nedzedzky, who works at the University of Uppsala. After thoroughly studying the prints preserved on the petrified surface, the scientists came to the conclusion that they were left to some ancient representatives of the hominins – the subfamily, to which people, chimpanzees and gorillas belong.

It was even possible to find out the time when these “autographs” appeared: about 5.6 million years ago. It is this kind of dating that was obtained thanks to the analysis of the remains of the shells of unicellular organisms of foraminifera preserved in fossilized layers above and below the tracks, and also along the characteristic sediment layer that were deposited during the temporary drying of the sea that splashed in time immemorial at this place.

About their discovery, Polish scientists reported publicly only a few years later – in late August 2017 in the scientific journal Proceedings of the Geologists’ Association was published their article describing an unusual find.

Before it became known about the discovery of Gerard Gerlinsky, the record in this “nomination” belonged to the petrified traces of a human or erect Australopithecus left on the petrified volcanic ash in Laetoli (Tanzania). Their age is estimated at 3.66 million years. However, in the current journal publication we are talking about human traces, which are two million years more !!!

The photographs of the tracks and the reconstructions presented in the magazine clearly show that the imprints in the petrified ground are left by man, and not by anyone else. The elongated leg is quite “human”, and not “monkey”. And most importantly, all the toes are arranged in one row. That is, the thumb has a shape similar to the shape of the big toe of modern homo sapiens. There is not even a hint of the allotted toe of the foot that we see in anthropoid apes!

In addition, when looking at these photos, there is no doubt that all five fingers of a fossil creature united an elastic fibrous cord – metatarsal ligament. And after all it together with a design of foot (presence of a cross and longitudinal arches of a foot) does not allow the big finger is taken aside. Monkeys do not have this – they have flat feet. And it was the presence of the foot that was set aside that allowed anthropoid monkeys – gorillas, chimpanzees and orangutans, to adapt their lower limbs to arborization so well.

That is, in Crete, traces of a person who “walked” there another 5 and a half million years ago were found. 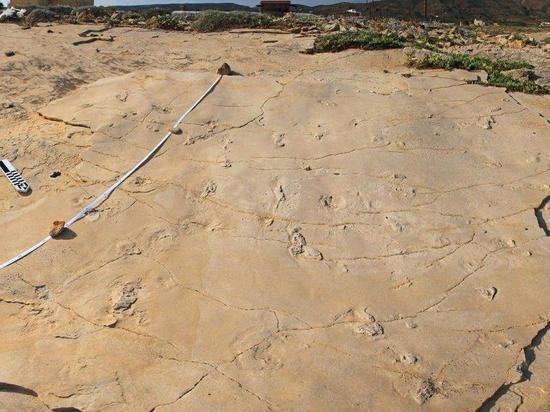 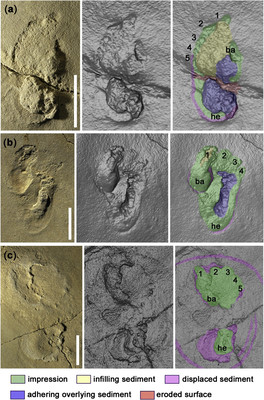 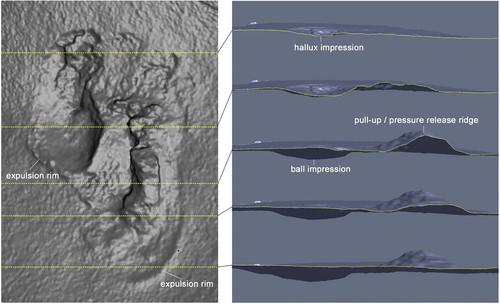 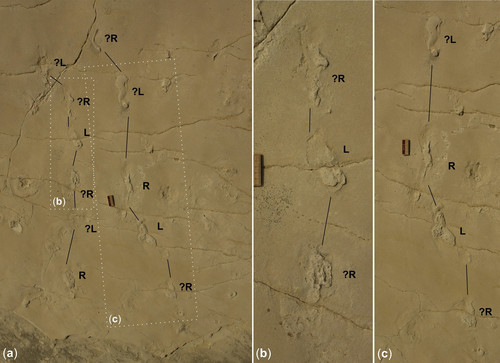 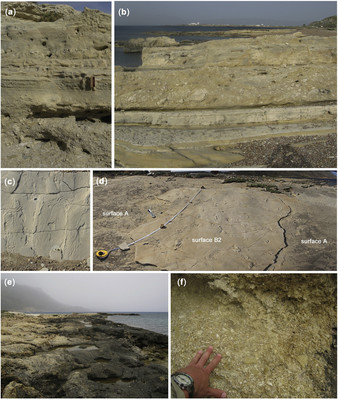 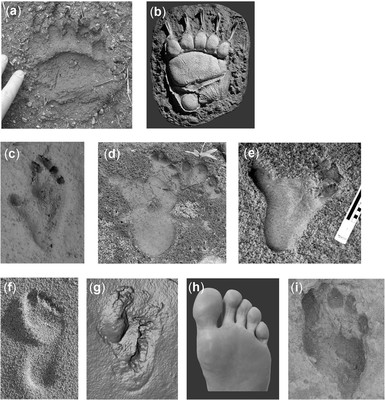 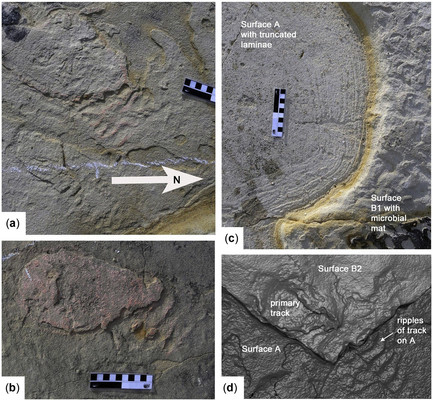 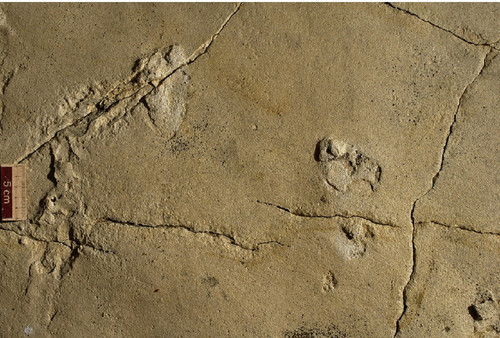 Long before, according to the prevailing opinion, Neanderthal appeared on our planet!

It can also be formulated in a different way: a human ancestor of modern anthropoid apes, which lived long before their appearance, was discovered. In any interpretation, this could be a real world sensation. However – such did not become!

On paleoanthropologists lies the burden of evolutionary theory, where the main role is assigned to anthropogenesis – the gradual humanization of monkeys. And the “Cretan” find clearly contradicts it. This explains such a long pause between the discovery of traces in the village of Trakhilos and the publication of information about them: Polish scientists, apparently, were afraid to spoil their careers and gathered with the spirit before publicly delivering such a “criminal” message.

Indeed, the discovery on Earth of human traces, the age of which is 5.6 million years, lays a powerful “mine” under all previous reasonings of evolutionists.

Gerard Gerlinsky and Grzegorz Nedzewedzky in their article analyze in detail the traces they found on Crete left by the person of the erect, as well as the biomechanics of the steps of our distant ancestor. The authors compare these human footprints with traces of monkeys that have their toes set aside, and note their complete dissimilarity.

Polish scientists have justifiably carried out an analogy between the anatomy of our contemporary’s foot and the alleged anatomy of the foot of an ancient man who left petrified tracks near the village of Trakhilos.

Thus, we are really talking about the most important scientific discovery that can turn our ideas about the history of the human race.

The find on the island of Crete is a weighty argument in favor of the fact that man in fact is a phenomenally ancient being born in the Great Cosmos; much older than it is now considered.

But how in this case to be with much more “young” in the time of its existence on the planet by Neanderthals? Who are they?

And these are simply “losers”, degraders, for various reasons, gradually degenerated and transformed into more primitive living beings. Instead of evolution, nature was predetermined by involution.