The collapse of the volcano Krakatau, which caused a powerful tsunami, could be predicted 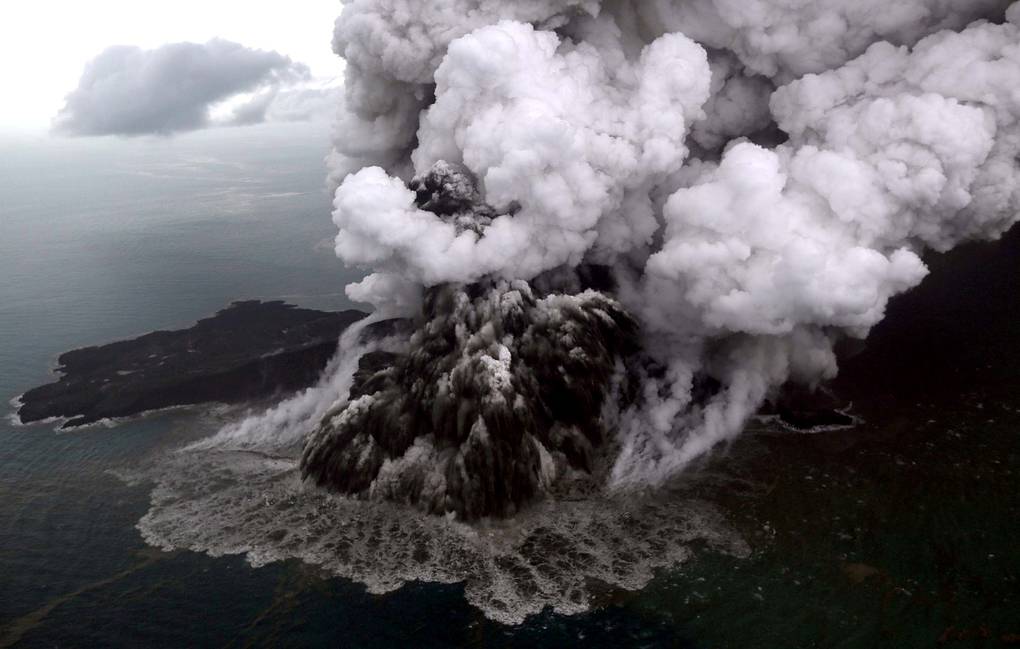 Last year’s collapse of the Krakatau volcano in Indonesia and the subsequent tsunami could be predicted from certain changes in the shape of its slopes and the activity of its magma chamber. Scientists came to this conclusion, an article published by the scientific journal Nature Communications. Such observations will avoid mass casualties in the future.

“Studying the data collected before the eruption began, we first monitored how erosion of the volcano’s slope occurs and understood what indicates the beginning of this event. We are confident that our measurements will help to better predict how similar volcanoes will behave in the future.” – said one of the authors of the study, a geologist from the German Center for Earth exploration in Potsdam, Thomas Walter.

The volcano Krakatau is one of the most famous centers of geological activity on Earth. Now it is located in the center of the island archipelago of the same name, which arose in 1883 as a result of the fact that Krakatau literally exploded and destroyed the island on which it was located. As a result of this, about two-thirds of its territory ended up at the bottom of the sea, and more than 36 thousand inhabitants of this patch of land and the neighboring islands of Southeast Asia died either during the eruption itself or as a result of a powerful tsunami. This made the Krakatau explosion the most deadly cataclysm of its kind in human history after the eruption of the Tambora volcano on the Indonesian island of Sumbawa in 1815.

According to Walter, Krakatau reminded humanity of its existence at the end of last year, when its vent, the volcanic atoll Anak-Krakatau, unexpectedly collapsed during a new eruption. The result was a powerful tsunami that claimed the lives of more than 430 people in Indonesia and other Asian countries, another 15 thousand were injured, and 40 thousand were left homeless.

This event did not come as a surprise to scientists, since they had long suspected that one of the slopes of the Anak-Krakatau island could slip into the sea at any time due to the fact that its borders abruptly break off under water. On the other hand, geologists could not predict this, since cataclysms of this kind rarely occur, and in the past, detailed observations were not made of them.

Space Tips
Walter and his colleagues tried to make up for this shortcoming by collecting and analyzing data from satellites, seismographs, temperature and infrasound sensors, as well as drones before the eruption. In addition, they analyzed the composition of the rocks collected after the collapse of the volcano and the collapse of the tsunami on the shores of Sumatra and Java.

As it turned out, signs that the slope of the volcano was sliding into the sea appeared long before the eruption. For example, scientists found that measurements of satellites and GPS beacons on land showed that the part of the island that ultimately collapsed greatly “swelled” and shifted two centimeters towards the west in January 2018.

Last July, when the volcano began to throw out large amounts of magma, the movement of the Anak-Krakatau slope accelerated sharply – it began to shift by a centimeter every month, and the rate of its creep was constantly growing. In late December, the first seismic signs began to appear that the island was beginning to collapse. Its final collapse, scientists suggest, was associated with an unusually powerful explosion inside Krakatau.

Interestingly, the signal that this happened reached the tracking stations in Australia and Indonesia a few minutes before the tsunami itself arose, and at the same time it contained information about which direction the wave would be directed and what height it can reach.

These fluctuations, as well as observations of the sliding of the slopes of volcanoes, according to scientists, can be used to predict such events and to warn their potential victims in advance.