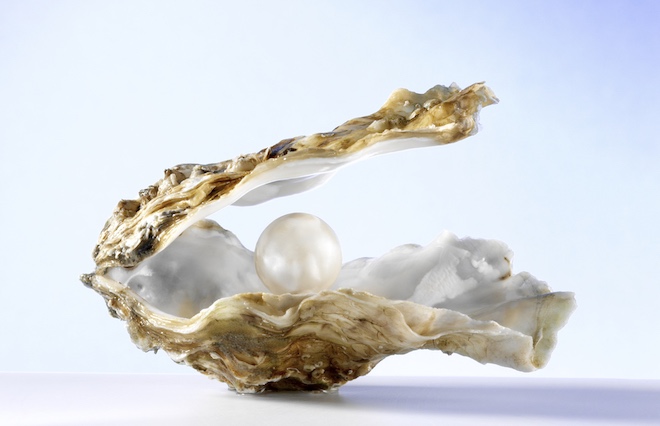 Scientists from the Wisconsin university in Madison (USA) found an unusual key to determination of temperature of the ancient ocean. Nacre — “brilliant, strong as nail biomineral” of which the milky-white external covering of pearls consists. Sometimes it is found in an internal covering of sinks of mollusks, such as a nautilus, a sea zhemchuzhnitsa, an abalone.

The team under the leadership of professor Pupy Gilbert found out that the stratified composition of nacre in a mollusk provides the precise report on temperature in a mineral heating-up period. Nacre is formed when in a mollusk aragonite layers like a bricklaying at each other keep within. “We can correlate very precisely nacre layer density to temperature” — Gilbert says.

Using the electronic scanning microscope, Gilbert and his team studied a cut of a sink and measured density of layers of nacre. Knowing what was ocean temperature in a nacre heating-up period in the modern sinks, researchers could calculate the ocean temperature at which ancient nacre was formed.

“You just measure the nacre layer density, distance between lines — they correspond to temperature — Gilbert says. — When temperature is higher, layers are thicker”. Scientists studied petrified exemplars of nacre an age of 200 million years.