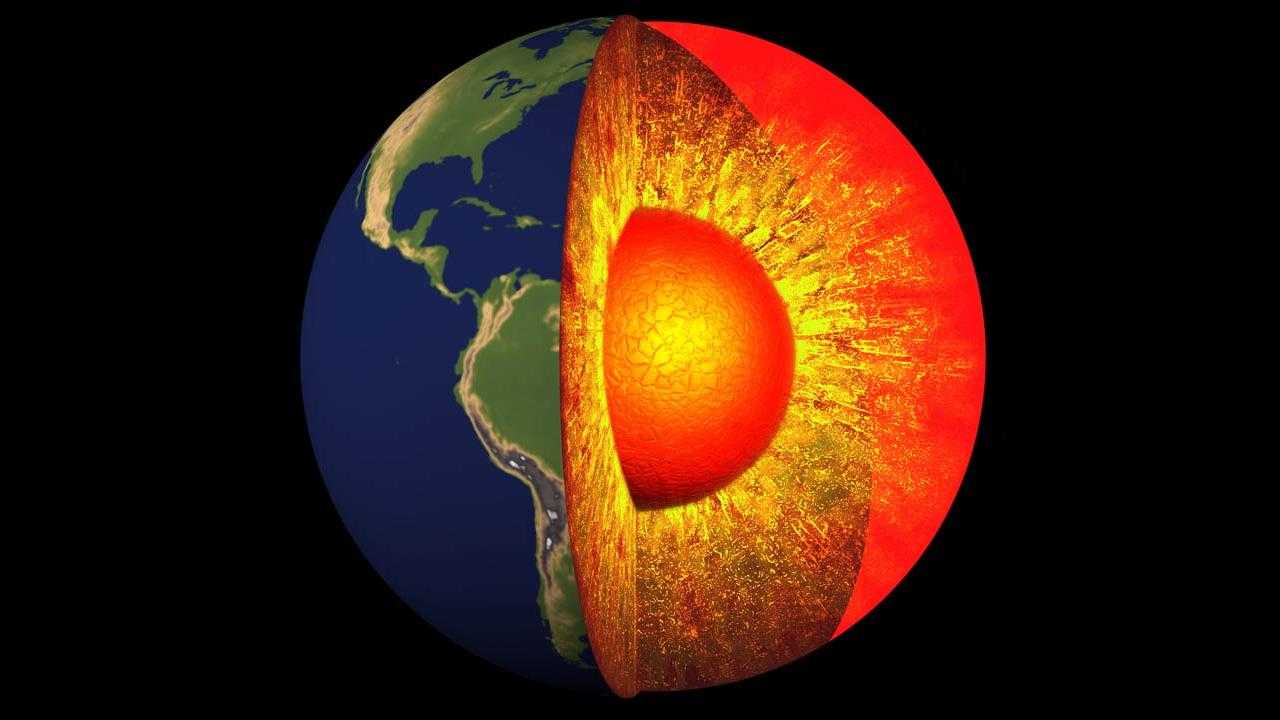 “The missing link” which so long puzzled geologists, was silicon: new estimates, it accounts for over 5 percent of the total mass of the inner core of our planet.

The atmosphere and the lithosphere, the solid crust of our planet, hiding under a thick layer of molten mantle and a heavy core. In the past, it was much hot and it melted entirely. However, the core rapidly cooled and about 1.5 billion years ago, partially hardened, and then the hard part, increasing in size, and “settled” at the very center of the planet. Since the Earth is double-consisting of a molten outer and solid inner parts.

Unlike the lithosphere, the main element of which is silicon – has taken the lion’s share of heavy elements of the planet. Knowing the composition of that part of the original protoplanetary cloud from which emerged the Earth, and knowing the current composition of the lithosphere, geologists have calculated the approximate amounts of these elements that took the planet’s core. For these (and some other) data, it is 85 percent made up of iron and 10 – of Nickel, forming an alloy.

The fate of the remaining 5 percent (by weight) can solve recent work Ohtani Eiji (Eiji Ohtani) and his colleagues from Japan’s Tohoku University. The results of this work, scientists presented at the recent regular meeting of the American geophysical society (AGU). Is it the same Ohtani said in an interview for BBC News.

Until now, various hypotheses were put forward different candidates for the role of this 5% the “missing link”, including sulfur and oxygen. However, Japanese geologists have conducted laboratory experiments recreating the conditions of high temperature and pressure that exist in the inner core of the Earth – and it is about 5.4 million °C and 3.6 million atmospheres. In such circumstances, they explored the properties of various alloys of iron, Nickel and other elements, simulating the passage through them of seismic waves.

The movement of these waves remains in Geology, the only method of studying the earth’s core, and to the real observed pattern of the closest turned out to be properties of waves held in the laboratory through the iron-Nickel (83:9) alloy with the addition of a considerable fraction of silicon. According to the authors, their experiments are still not finished and they have yet to accurately check all the options, but so far, the silicon looks very promising candidate for the “missing 5%” in the composition of the inner core of our planet.