The concept of a road patrol drone 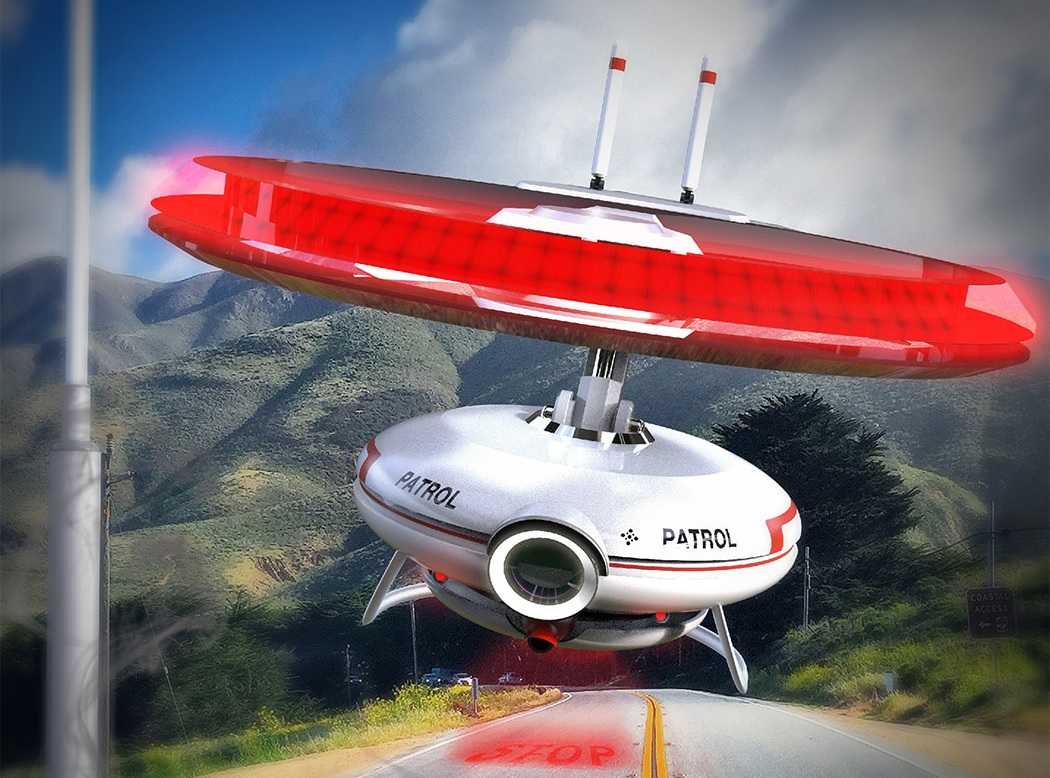 The Korean designer has developed the concept of an autonomous unmanned helper, whose main task is to ensure safety on the highway. The unmanned vehicle, called the Highway patrol drone, has many functions and capabilities that allow it to respond quickly to road accidents and quickly collect information about what happened. In addition, the drone can provide real help. For example, put out a fire or redirect traffic.

The road patrol drone in an inactive state is docked to a special control tower installed above the road. In this mode, the drone monitors the situation on the road and finds cars with certain problems, for example, wanted or simply faulty. When an accident occurs in the area of ​​the drone’s visibility, it immediately begins to transmit data to the traffic control center and is undocked from the tower. Information about the accident does not cease to be transmitted until the appropriate services arrive in the field. 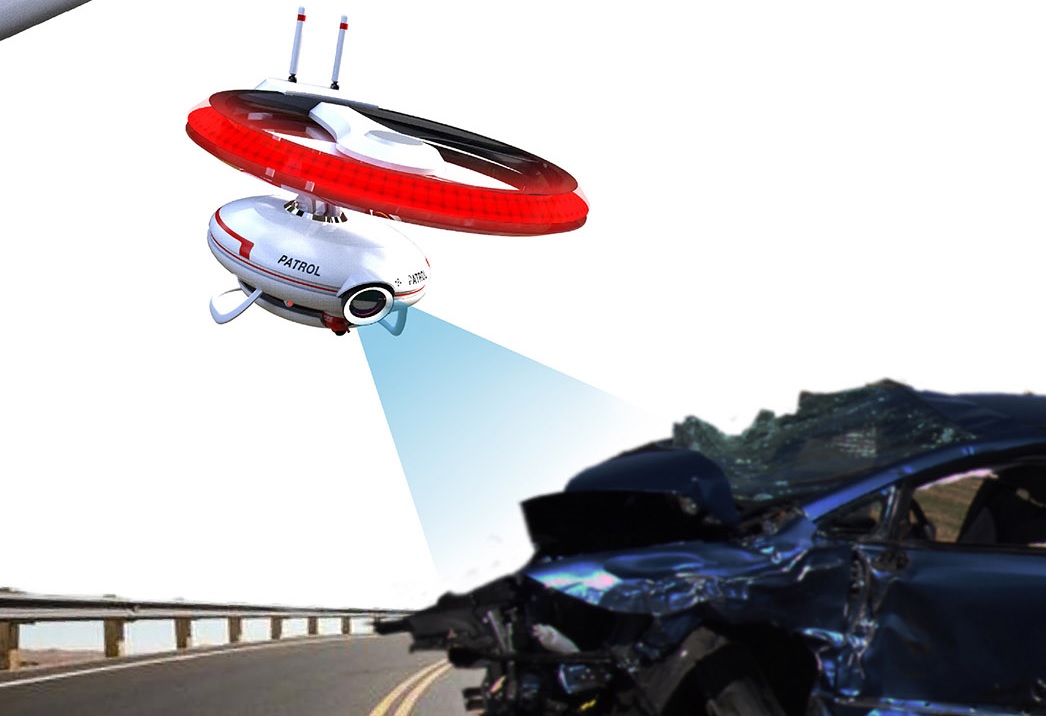 UAV is equipped with a powerful projector, which allows it to project additional road markings onto the road. This is what allows the drones to drive traffic alongside the crash site to prevent new incidents. In addition, the patrol drone is equipped with a water spraying mechanism and a small tank with a liquid. Seeing that the fire broke out at the scene of the accident, the drone will start to extinguish it and give additional information about how the firemen came to the scene of the accident. 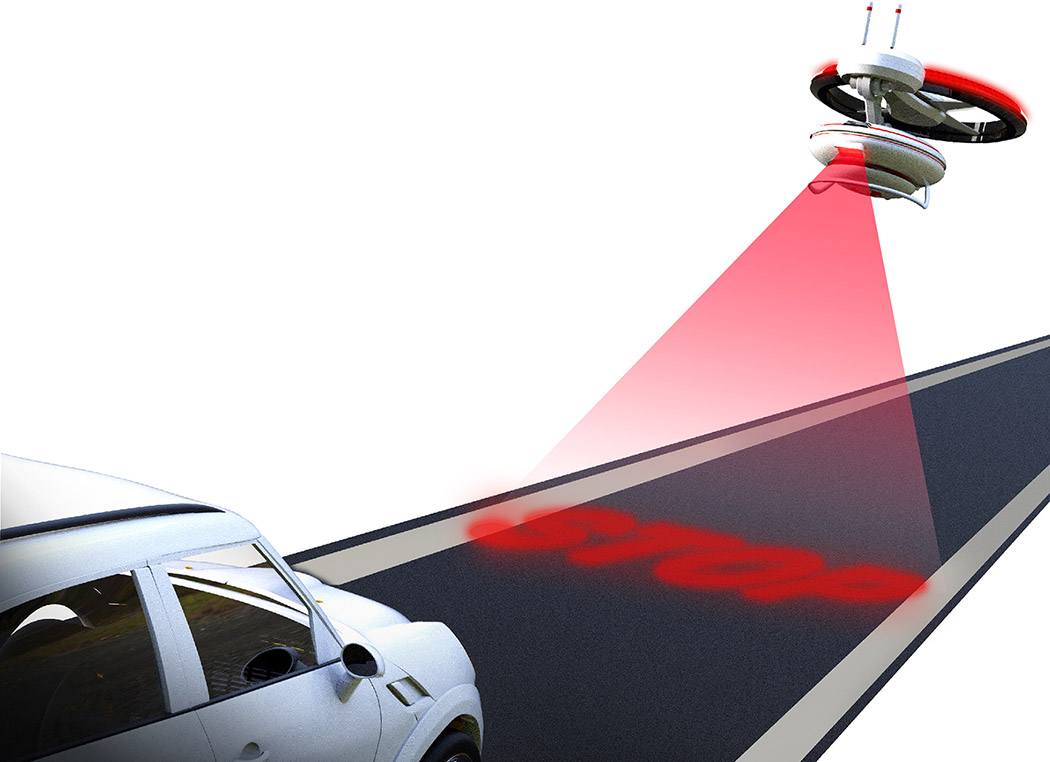 Thus, the conceptual drone can provide significant assistance to the victims in the first minutes after the accident.