The concept of the building is presented, the facade of which is covered with QR codes 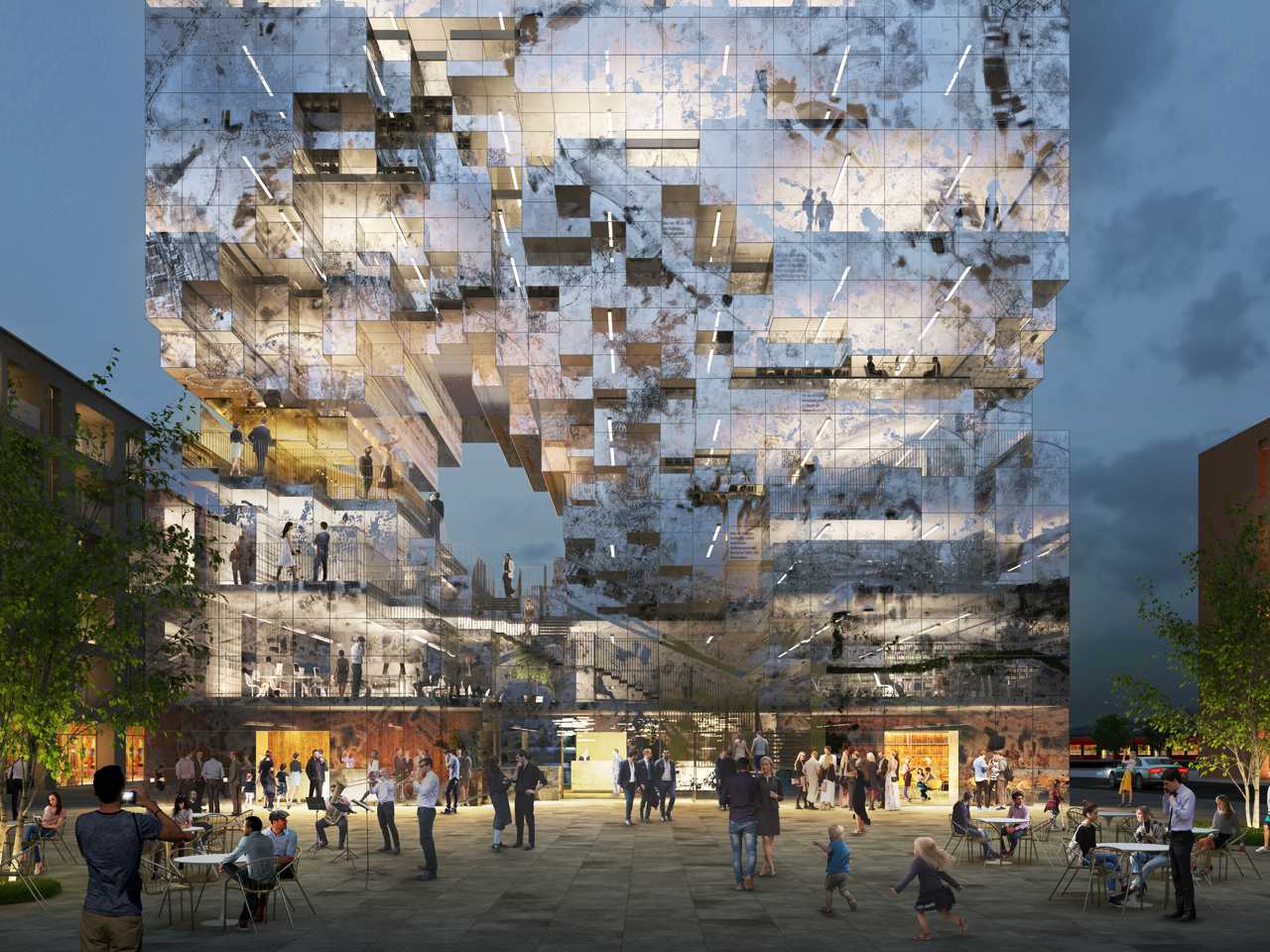 Architectural Dutch firm MVRDV presented a new conceptual design of an office building for Germany. The project was named Milestone and is a building with a large through hole, which will serve as a public space. In addition, the facade of the building will be covered with photoelectric elements and QR-codes.

The Milestone building will be built in Esslingen am Neckar, Stuttgart. The structure will rise to a height of 12 floors and will include 6500 sq. M. m area. The carved hole in the building will contain stairs, terraces and platforms open to the public. In addition to office space, the building will house a bar and restaurant. 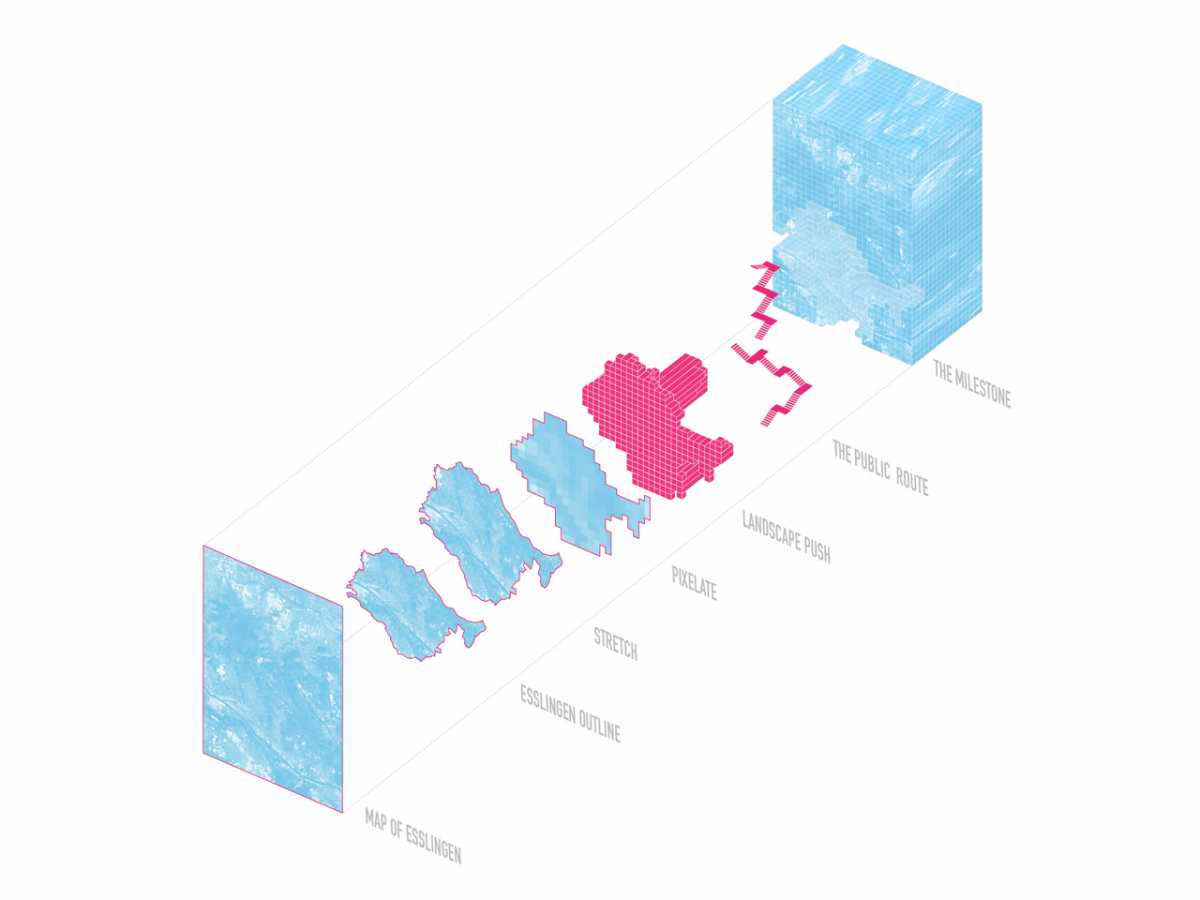 Partial mirror, partially transparent facade Milestone will be made of glass, which, according to MVRDV, will better control the temperature in the building. Transparency of the facade will visually expand the public space around the building. The building will be covered with photovoltaic cells, which will save on electricity. In addition, special QR-codes will be posted throughout the building. When they are scanned using a smartphone, users can get information about the history of the city, people and the landscape. The idea is to make from an ordinary building an interactive museum. 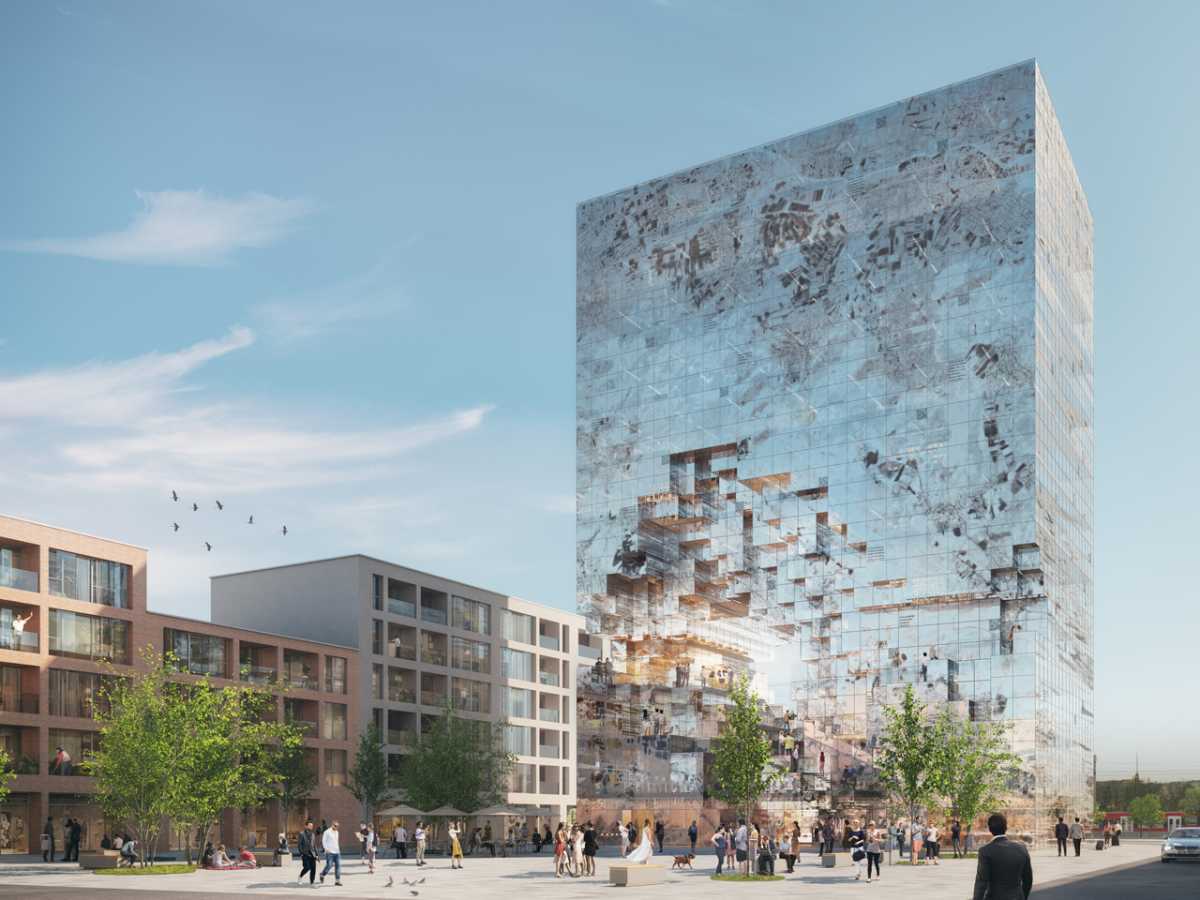 The construction of the new building should begin already in 2020. The company hopes that Milestone will become a new city attraction. At the moment, the construction site is occupied by a chimney of the former knife factory.