The connection between geomagnetic storms and ejections of whales 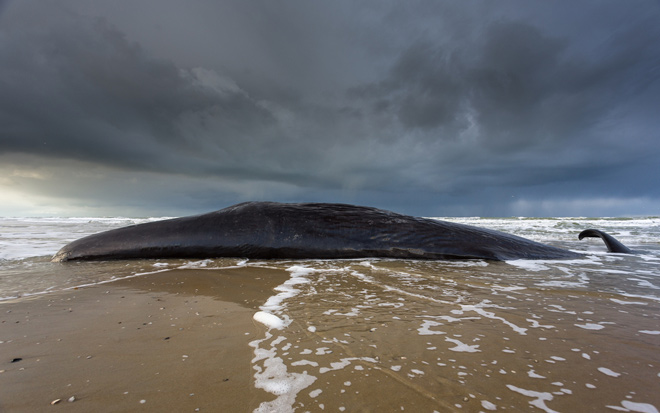 In February, researchers from the Oceanic Energy Service, the International Fund for Animal Welfare and NASA have teamed up to find out how solar storms can affect the internal “compasses” of some marine species.

Antti Pulkkinen, a heliophysicist at NASA and co-author of the study, believes that space weather conditions cause healthy whales, dolphins and porpoises, collectively known as cetaceans, to be thrown ashore.

“Theories about the reasons for the ejections include magnetic anomalies and meteorological events, such as extreme tides during the new moon and coastal storms that are believed to disorient the animals,” says Pulkkinen, who works at NASA’s Goddard Space Flight Center.

“It was previously discussed that because of the sensory perception of the magnetic field that these animals may use to orient themselves in space, magnetic anomalies can be at least partly to blame for their death,” the scientist believes. Man-made tools, for example, echolocators, with which they make maps of the ocean floor, also affect animals.

New Zealand, Australia and the island of Cape Cod in the United States are places where cetaceans are thrown out most often. The landscape of these areas is similar – inclined shallows, extreme tidal oscillations, fine sand and sedimentary rocks, which can affect echolocation.

If scientists can determine the relationship between the two types of events, observations of solar storms will serve as an early warning that ejection may occur.

The study will be completed in September 2017 and will be supplemented by information from the NASA space weather databases, as well as information on mass ejections of marine animals.