The connection of arctic clouds and climate on the Earth 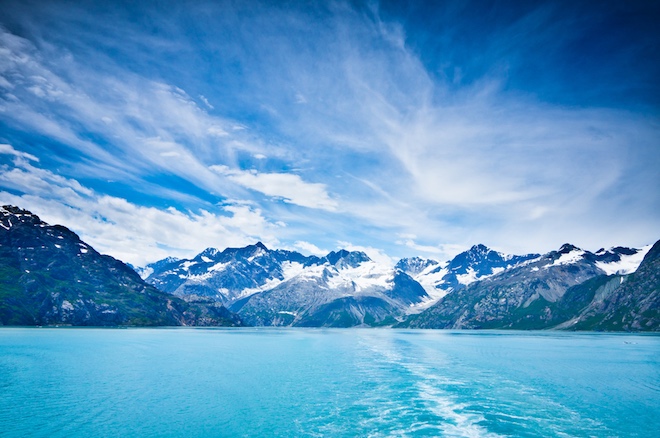 Clouds play an unconditional role in the warming in the Arctic and the accompanying process of reducing the area of ​​sea ice. However, recent studies have shown that the relationship between clouds and climatic changes in the Arctic is much more complex than previously thought to be scientists.

Having studied the data from three sites in the Arctic, a group of scientists established the relationship between temperature, water vapor and the protective properties of the clouds. They measured the surface infrared radiation exposure of clouds at stations representing different Arctic regions: the weather station in Barrow (Alaska, USA), the Canadian Eureka research station and the Upper Camp, a year-round research station in Greenland.

The researchers found that in the polar regions the clouds behave differently than elsewhere. Thus, in the Arctic, the protective properties of clouds remain unchanged under the condition of a constant level of relative humidity. If the relative humidity changes, this stability is violated, reports portal Phys.org.

The results of this study explain why the observed seasonal and regional variation in the protective properties of Arctic clouds that isolate the Earth from solar radiation is different from what can be observed in the mid-latitudes and in the tropics. $ CUT $

According to the authors themselves, their work is important for studying future changes in the properties of clouds, how they isolate and cool the planet.

Researchers explain that over time, a decrease in the volume of sea ice in the Arctic will lead to an increase in the area of ​​open water, which in turn will lead to an increase in the protective properties of clouds in the fall. The authors of the study emphasize the importance of understanding how the temperature and humidity will change in the future, because this will allow specialists to predict how the impact of clouds can change in the face of climate change.

To illustrate the potential impact of these processes on the planet’s climate, scientists have modeled possible future changes in the Arctic system. The climate model showed that the increase in the “cloud isolation” of the Earth began in the early 2000s. The most noticeable climatic changes, in accordance with this model, will become visible closer to 2040, mainly in the fall period. As experts explain, this is due to the fact that the temperature rise in autumn by this time will outpace the expected increase in the amount of water vapor in the atmosphere, which will lead to a decrease in the relative humidity. A similar situation, but on a smaller scale, according to scientists, can also be observed in the spring, in part because of less cloud cover and, as a rule, thinner clouds at this time of year.