The content of greenhouse gases in the atmosphere broke the record 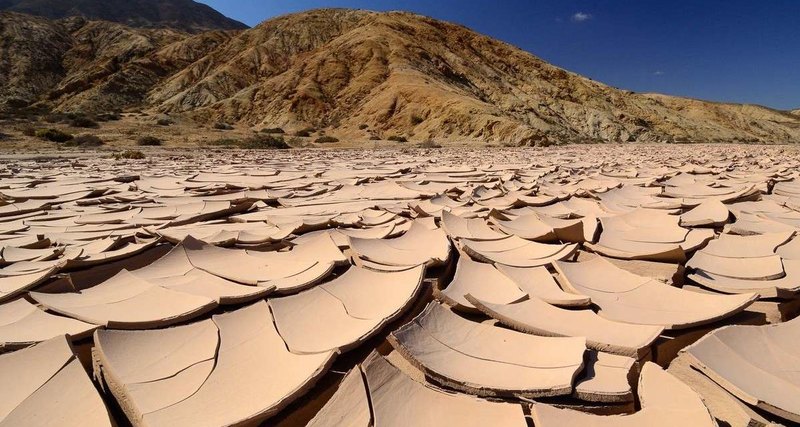 On the eve of the climate summit in Poland next month, senior officials of the United Nations are again trying to put pressure on governments to encourage them to fulfill their commitments to limit warming to less than two degrees Celsius, enshrined in the 2015 Paris Agreement.

“Without a rapid reduction in CO2 and other greenhouse gas emissions, climate change will have increasingly destructive and irreversible consequences for life on Earth,” Petteri Taalas, head of the World Meteorological Organization, quotes phys.org as saying.

According to experts, the window of opportunity for some actions that change a situation closes with frightening speed. 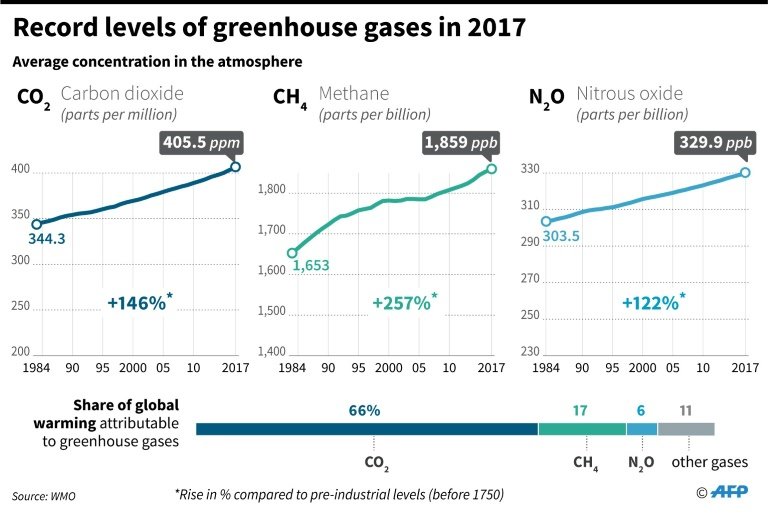 The content of carbon dioxide, methane and nitrous oxide in the atmosphere in recent years

“Entire nations, ecosystems and lifestyles can simply cease to exist,” says UN High Commissioner for Human Rights Michelle Bachelet, arguing that the governments of developed countries do not monitor the implementation of commitments made in Paris.

The Greenhouse Gas Bulletin, the annual report of the United Nations Meteorological Agency, has been tracking atmospheric gases since 1750.

“The last time when the concentration of CO2 was comparable, the temperature was 2–3 ° C warmer. This was 3-5 million years ago, ”says Taalas.

The researchers gave reliable estimates of CO2 concentrations over the past 800 thousand years, using air bubbles preserved in the ice of Greenland and Antarctica. The composition of the atmosphere of previous times is determined by geological data, although with less accuracy.

The UN Intergovernmental Panel on Climate Change (IPCC) states that in order to limit the rise in temperature by one and a half degrees by the end of the century, net CO2 emissions should be zero, that is, atmospheric emissions should be fully balanced by the release of gases from it. While this does not happen.

According to the UN, since 2001, 17 out of 18 years have been atypically high temperatures, and the cost of climate-related disasters in 2017 exceeded $ 500 billion.

Not so long ago, we already wrote about the prospects for global warming and the time left to stop it.