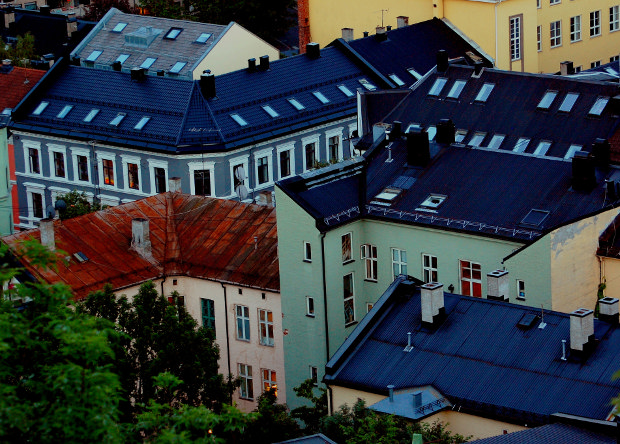 Scientists have for the first time found particles of a cosmic dust on roofs of houses in Paris and Oslo. About it it is reported in article published in the Geology magazine.

From 40th years of the last century researchers knew that small particles of a cosmic dust constantly get to the atmosphere of Earth. The most popular place for their search Antarctica usually is considered. This results from the fact that air is less polluted there, than in other corners of the planet, and dark dust substance is well noticeable on pure white snow. However scientists don’t stop trying to find the particles which have arrived from space and in the cities what to make especially difficult as there a lot of dust of a terrestrial origin accumulates (transport and the industry are her source). Nevertheless, researchers from Great Britain, Norway and Belgium have reported that they managed to find a cosmic dust directly on roofs of houses.

Authors of work have collected 300 kilograms of dust which has accumulated in gutters of the houses which are in Paris and Oslo. Using magnets, they have selected the particles containing magnetic minerals then have washed out them water and have divided by the sizes. Then geologists have considered the received samples under a microscope and have chosen only those particles which had features, characteristic of a cosmic dust: spherical or subspherical shape, black or gray color and gloss, and also special structure of a surface.

As a result researchers managed “to catch” 500 silicate particles of a cosmic dust. All of them had subspherical shape and reached 0,3 millimeters in the diameter. It was unexpected for geologists as usually they found much smaller samples, about 0,01 millimeters in size. Besides, as reports to New Scientist, city particles differed from Antarctic in the fact that contained less crystals of the branching structure (dendrites).

Scientists believe that all particles fell to the Ground within the last six years, so, they can be considered the “freshest” micrometeorites today. Geologists have explained their unusually large size with the fact that orbits of planets, including Earth and Mars, evolve, that is slowly change the parameters. Because of it there are gravitational indignations which can influence a trajectory of particles of dust and speed with which they enter the atmosphere of our planet that in turn affects their size.

Recently scientists from NASA have analysed particles of cosmic silicate dust which it managed to be found in the meteorites which have fallen to our planet. It has become clear that about one 5 thousand particles has been born by other star which existed before formation of Solar system. Dust researches were also conducted by the Cassini station which has started a series of “dives” near a F-ring of Saturn recently. The particles collected by the spacecraft had approximately identical chemical composition and have possibly appeared thanks to the unknown repeating process happening in the interstellar environment.