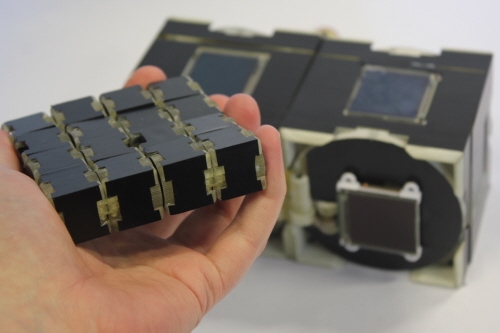 Experts from the University of Bristol has developed a prototype smartphone called Cubimorph, which can change its shape. The novelty will be presented at the conference ICRA 2016 in Stockholm in may this year.

Cubimorph is a modular interactive device. It has touch screens on each of the six faces of the module. The prototype can acquire very different shapes due to the special mechanism, coupling the modules. The device, for example, can easily take the form of a gaming console for ease of control during games.