The Crimean peninsula is moving toward the mainland Russia 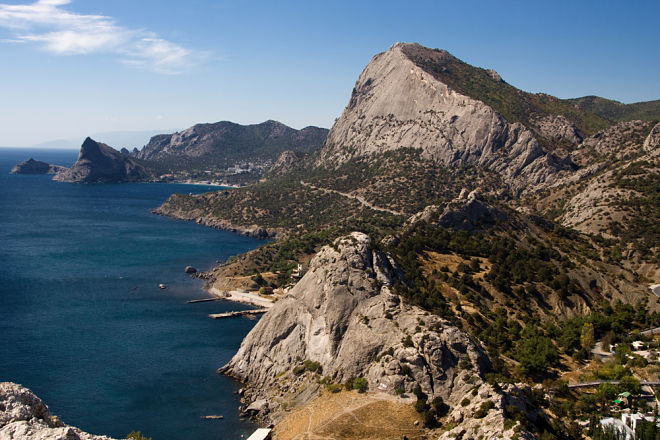 According to the deputy head of the scientific work of the Crimean Astrophysical Observatory Cyril Antoniuk, as a result of the convergence of tectonic plates the Crimean peninsula continues to approach the mainland Russia.

As Antonyuk said, the tectonic plate, on which the Crimea is located, moves at a speed of 4 cm per year in the northeast direction. This is a rather slow movement, which does not entail earthquakes or other natural disasters. Such results were obtained thanks to the studies of the radio astronomy laboratory in Simeiz, which, among other things, studies the movement of tectonic plates.

Earlier, other scientists announced the movement of the peninsula – Alexander Ipatov, a professor at the Institute of Applied Astronomy of the Russian Academy of Sciences, spoke of a speed of 2.9 mm per year, while the deputy head of the Crimean Astrophysical Observatory Alexander Volvach called the figure 3.2 cm.