The cruel world of penguins 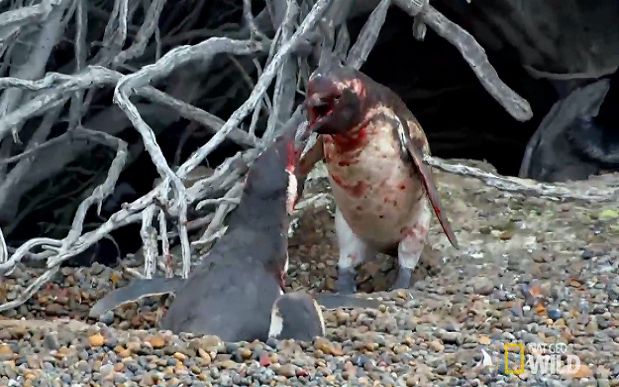 The battles between the penguins for mates can be cruel. This is confirmed by video, published by the National Geographic channel. The video was made for a new series of movies Animal Fight Night.

The video shows what a real bloody fight ensued between the two penguins, one of which, returning to the nest, saw him near his female rival.

“Penguin’s tactics were simple. He was struck wings at the opponent, hoping to force him to retire. Most birds have hollow bones in the wings, but penguins can’t fly. Bones in their wings are not hollow. Penguins use them as baseball bats, dealing up to eight beats per second. At the same time a thick fat layer helps them to protect the organs from damage,” – said the commentator. – “Every September nest here 200 thousand penguins. Life here is great, but this male caught his wife in the company of another penguin. “Husband” was not lucky. The female chose his competitor.”