The crumbling river in Peru 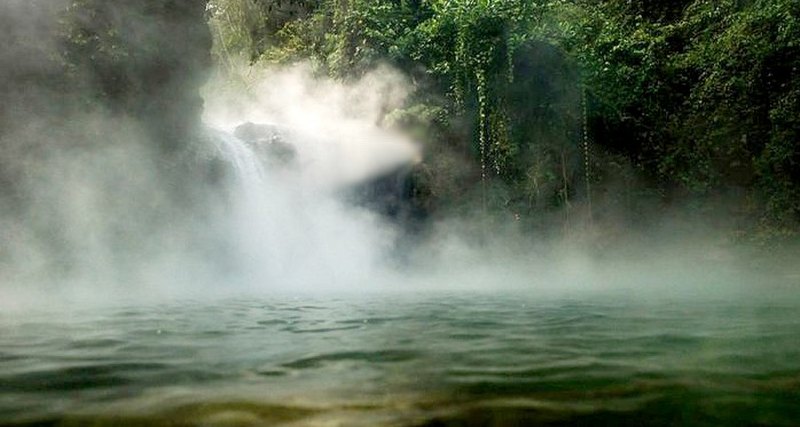 In the legends of the conquest times, all sorts of dangers are mentioned, waiting for the Spaniards in their journey to Eldorado: giant snakes, poisonous rivers and a river in which you can cook alive. Peruvians have known for thousands of years that a river of boiling water flows in the jungle. The rest of the world was convinced of this only in 2016, when the Peruvian geophysicist Andrés Ruzo published the book “Boiling River”, in which he told how he found the legendary place.

In fact, Ruzo had a completely pragmatic task – he wrote a thesis on the sources of geothermal energy in Peru. In the process of preparing the materials, he several times came across the mention of a legend, which he often heard in his childhood – stories about a boiling river. Experts, addressed by Ruzo, unanimously asserted that this can not be, but the aunt of the geologist said that the river is quite real, and they even bathed in it with Andres when he was a little.

Ruzo collected a small expedition, went into the jungle and, indeed, found a river of boiling water. In the hottest areas, the water temperature rose to 98 ° C, the average was only 10 degrees lower. Dense steam rose over the banks, and animals, mice, snakes, frogs, were floating in the water.

Hot springs and small lakes around them can be found on all continents except Antarctica, but nowhere, except Peru, there is so much hot water that it flows by the river. The width of the Peruvian river of boiling water is 25 meters, the depth is about six on most of the channel; hot part – more than 6 kilometers. The nearest area of ​​volcanic activity is 700 kilometers from the riverbed, so the origin of hot springs feeding the “river-kettle” still causes confusion among specialists.

Ruzo studied the river and its ecosystem for five years. He found out that the local Indians called her Shanai-tympishka (“heated by the heat of the sun”). Among the bacteria inhabiting the pairs of shores, previously unknown to science species, resistant to temperatures at which other microorganisms perish. It was possible to buy in it and even pleasantly – but only when boiling water is diluted with rain. Most often, boiling water from the river is used for making tea, coffee and food.