The curves of the pine always tend to the equator 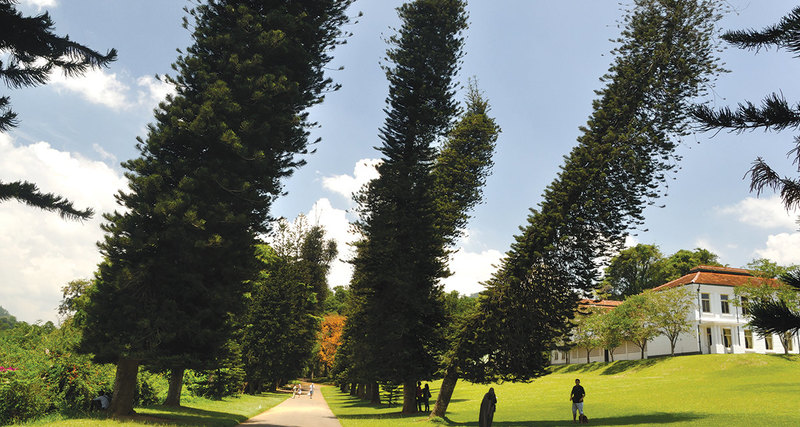 American and Australian scientists found that the pine trees from New Caledonia grow with an inclination towards the equator. Having established how the pine trees determine the sides of the world, scientists will be able to learn more about that. Why normal trees grow strictly upward.

Why trees grow the way they grow is a big question. It is clear that plants build new cells depending on the direction of the vector connecting the plant and the center of the Earth, then downwards (roots), then upwards (the crown), and therefore gravitation can be the determining factor here. But exactly how is geotropism realized (the so-called ability of plants to grow always up stem and down roots), is still not completely clear.

The most popular hypothesis today is the vertical growth of starch deposition on threads of the actin protein that forms the cytoskeleton of the tree cell and the subsequent cascade of reactions, which results in the auxins-plant growth factors-distributed along the gradient parallel to the straight line connecting the plant and the center of the Earth.

If these mechanisms fail, then only under the influence of factors usually unfavorable for the plant: permanent strong winds or snow.

But the coniferous tree of Araucaria columnaris for some reason often grows inclined where other trees grow calm and straight up. The native land of these pines is an island in the Pacific Ocean, but for a nice appearance they have become popular among landscapers of the whole planet. A group of botanists from the United States and Australia found and measured 256 araucaria on five continents. It turned out that in the inclination of araucarians there is a system. Whatever happens around, Araucaria always lean towards the eucator (except for those trees that grow in their historical homeland: in New Caledonia Araucaria are straight). Plants living in the north tend to the south, and those growing in the southern hemisphere – on the contrary. The angle of inclination is on the average 8 degrees.

This affinity for the eucator is not observed in any other tree, so the authors of the study are sure that the araucaria should be studied further. Perhaps, scientists suppose, the whole thing is in the genes responsible for geotropism in plants; They revealed the study of small grassy plants – rezuchovidok. If these genes do not work, the plant can grow in any direction. However, although the list of genes associated with vertical growth is known, botanists almost know nothing about what factors can influence their expression.