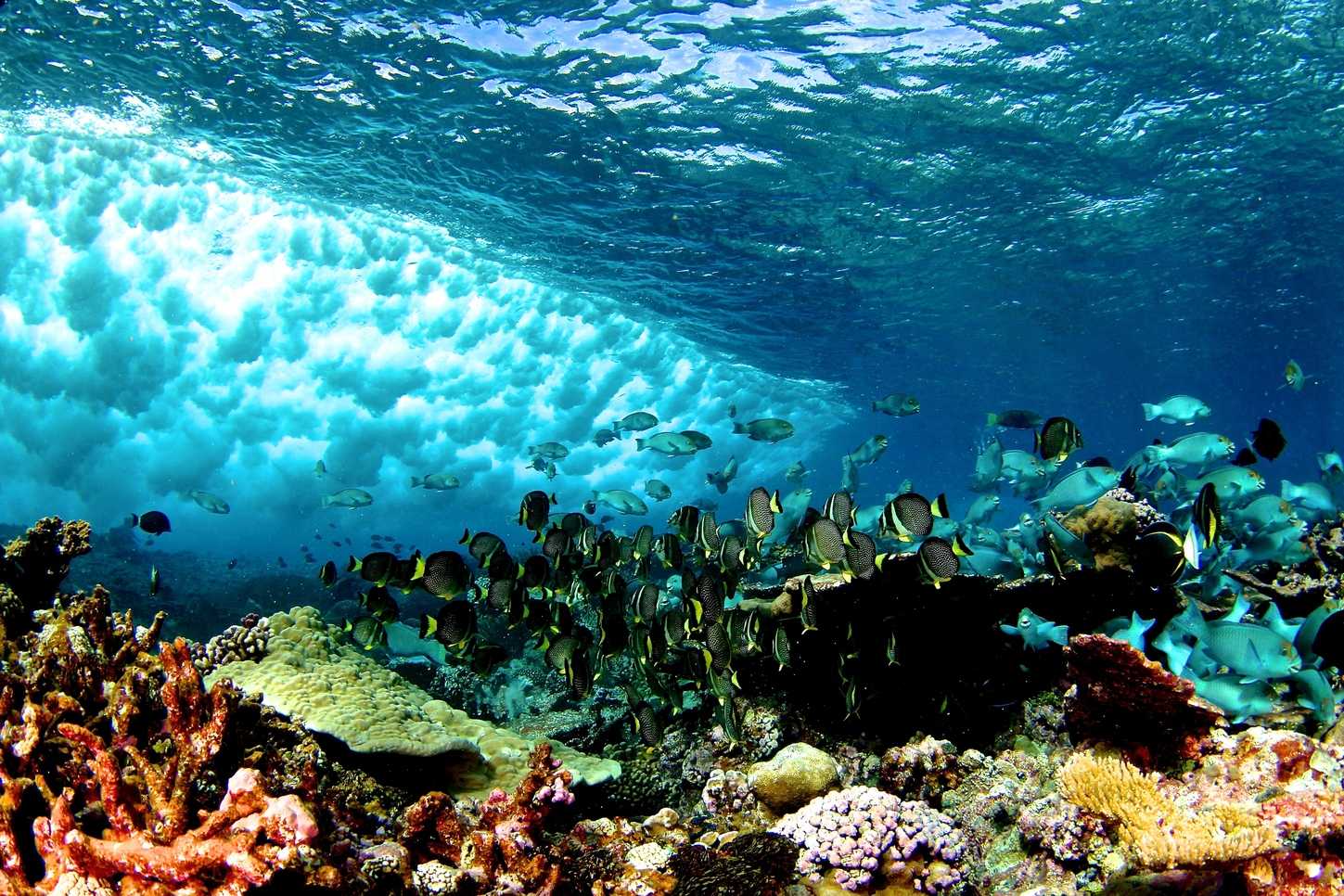 If global warming continues at the same rate, coral reef structures will decrease and weaken, which will reduce the protection of the shoreline from high waves.

The complex structure of the coral reef with its innumerable branches and depressions strongly inhibits water flows and serves as a natural and reliable barrier that protects the coastline from waves. However, the continuing decolouration of corals and the death of reefs threaten to leave the coast without this protection. This will lead to the fact that by the end of the century in some areas of the ocean the height of the waves reaching the shore will double. Scientists write about this in an article published by the journal Science Advances.

Coral reefs – almost the richest and most complex ecosystems on the planet – perish everywhere. Warming and rising acidity of ocean water cause the disappearance of algae living in them, discoloring the bright colors of corals and leading to their death. Scientists have long been sounding the alarm and even for the salvation of the Great Barrier Reef, it is even suggested to conduct a massive “transplant” for more resistant polyps. In fact, the consequences of the death of corals can be very bleak.

New aspects of this process were revealed by Daniel Harris and his colleagues. They note that the rugged, complex structure of the reef itself creates a significant frictional force for the water flowing through it. This dissipates the vibrational energy and reduces the height of the waves that reach the land. Stressed corals do not form such complex and large reefs and do not form such an effective barrier from the waves.

Scientists modeled the consequences of their deaths for the four regions of the ocean in French Polynesia, so far rich in corals and differing in typical energy waves. The work showed that not even death, but a simple reduction in the size and complexity of the structure of the reef leads to the fact that the waves passing over it and through it will not decrease as noticeably as it does today. If the warming continues according to the expected scenario, the height of the waves reaching the shore in 2100 will be 2.4 times more.