The deeper inside the Earth, the higher the oxidation of iron 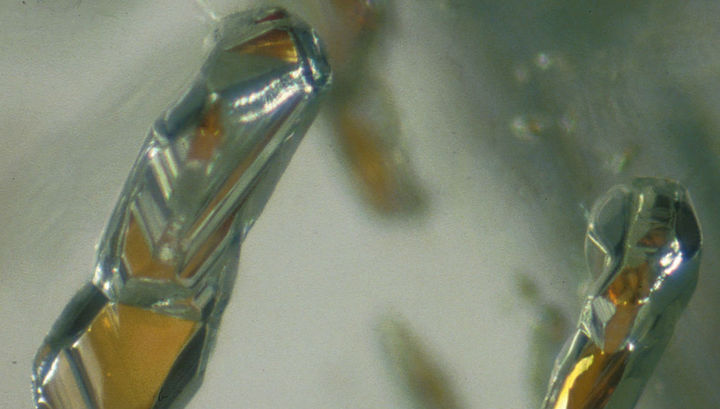 Analysis of rare samples of mantle matter led scientists to an amazing conclusion: the deeper, the higher the oxidation of iron. The discovery, published in the journal Nature Geoscience, says a lot about the cycle of substances in the bowels of our planet.

The deepest hole, drilled by man, goes deep into the Earth for only twelve and a half kilometers. Samples of matter from great depths come to the surface as a result of natural geological processes: volcanic eruptions, continental drift and so on. But the deeper (in the literal sense) the thought of the researcher tries to penetrate, the more difficult it is for him to find material for study. Such an important geochemical parameter, like the degree of oxidation of iron, is well known only to depths not exceeding 200 kilometers. For comparison: the diameter of the globe is 6400 kilometers.

Team Leonid Dubrovinsky (Leonid Dubrovinsky) from the University of Bayreuth in Germany decided to close this gap as much as possible. Geologists studied rare samples of diamonds with garnet inclusions.

The degree of oxidation of iron contained in this mineral was elucidated with the help of Mossbauer spectroscopy and X-ray crystallography. It was natural to expect that the metal would become less oxidized when moving away from the surface, which is in contact with atmospheric air, into the interior of the planet.

What can oxidize iron so deep beneath the surface of the Earth? The authors believe that the matter is in carbonates that fall into the mantle in subduction zones, where the oceanic crust is plunged back into the bowels of the planet.

“We know a lot about the carbon cycle on the surface of the Earth, but what about the mantle,” explains one of the authors of the article, Thomas Stachel, “Our study shows that the surface carbon in the form of carbonates sinks to a depth of at least 550 kilometers. these carbonates can melt and react with surrounding rocks, eventually crystallizing into diamonds. ”

The resulting crystalline carbon can settle even deeper, right up to the boundary of the earth’s core, and remain there for billions of years.