The deepest blue hole in the world 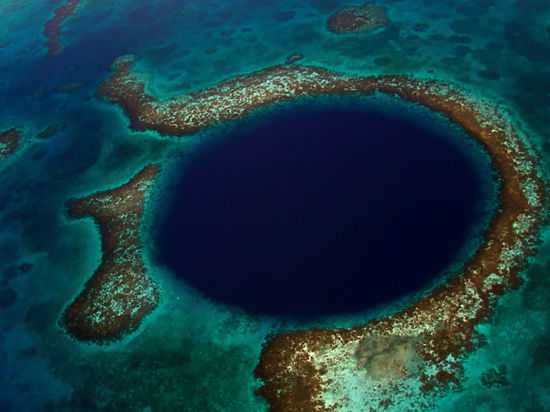 A group of researchers from China, studied the blue hole get hole, or longdong area, came to the conclusion that it is the deepest known to date. Called blue holes underwater caves that represent water-filled sinkholes.

According to experts, they studied the blue hole, located in the South China sea, the depth is about 300 meters, making it one and a half times deeper than the current “champion” — Dean’s blue hole in the Bahamas.

With the help of an underwater robot, researchers found out that in a karstic crater is home to over 20 species of different marine animals. However, they all live in “the upper hundred meters, since after this limit of oxygen in the blue hole is not enough to sustain life.

Reported to confirm the opening of the Chinese scientists, yet their colleagues from other countries.

It is believed that the sinkhole, later becoming blue holes, formed on a particular portion of the surface of the earth back when it is a part of the land. After that, the sea level rises and the funnel is filled with water. From above it looks significantly darker than the other parts of the water, for which he received the designation of “blue hole”. As for the dragon East, the place residents believe that it was mentioned in one of the four most famous novels of the Chinese literary tradition, “journey to the West”. In this novel, the monkey king sun Wukong obtains from the undersea dragon Kingdom magic stick. “Dragon’s hole” is located near the uninhabited Paracel Islands near the coral reef Yongle.