The deepest underwater cave in the world 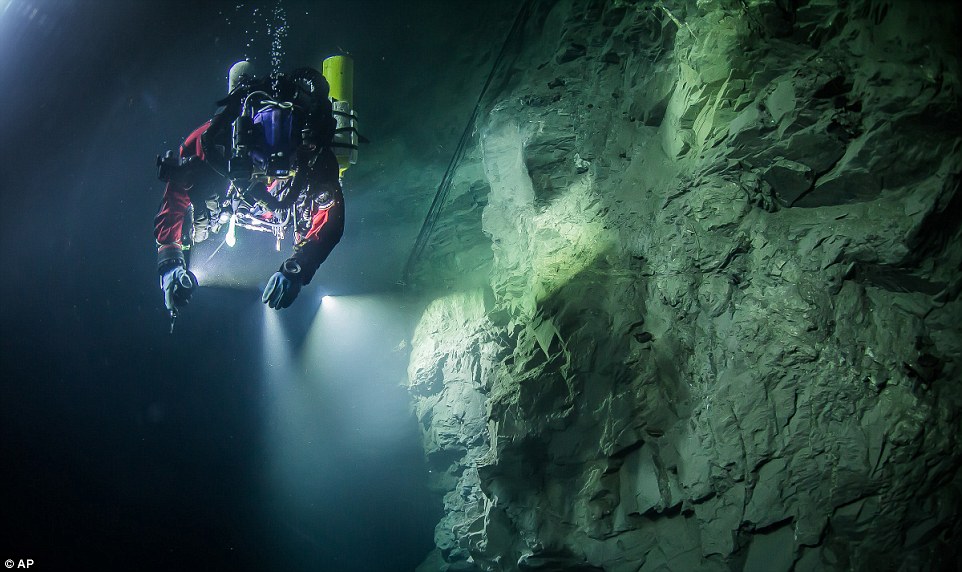 Czech cavers have proved that the cave near the city Border in the Czech Republic — the deepest in the world. Research robot sank to a depth of 404 meters and never reached the bottom.

That to the bottom Granitski in a cave far away, knew long ago. In 1995, managed to drop to 205 meters of the bottom, the researchers have not reached, but without it, the cave was included in the list of the deepest in the country. And 27 September 2016 speleological expedition led by Polish researcher Christoph Starnawski (Krzysztof Starnawski) with the help of a robot, reached a depth of 404 metres.

From the cave entrance to the surface of the water, almost 70 meters further — deeper. First, the robot under control of the diver dragged a measuring cord to a depth of 370 meters. There man had to leave the car. The remaining 34 meters the robot has been under remote operator control. The bottom of the robot is not reached on a further dive just not enough cable length.

Until now, the deepest underwater cave in the world was considered Pozzo del Merro in Italy, the greatest confirmed depth of which is 392 meters.