The depletion of fresh water supplies is guilty of a man 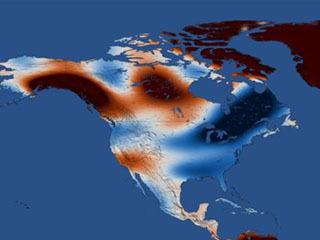 A new study conducted by NASA experts showed that the lack of fresh water that many regions of the planet have encountered in recent decades has been largely provoked by the man himself. Climate change and the change of natural cycles on the planet are also important factors, but it was irrational management of water resources that eventually led to the marshy regions of the Earth becoming even wetter, and the arid regions even more waterless.

One of the authors of the new study, Jay Famiglietti of the Jet Propulsion Laboratory (Pasadena, California), notes that the situation we are witnessing now is “serious hydrological changes,” Fox News reported.

“We observe a clear trend: marshy areas (located in high latitudes and tropics) become more humid, and dry areas between them become drier. Within these arid areas, we see numerous hot spots, suffering from the depletion of groundwater, “- explains the expert.

In the study, a group of scientists led by Matt Rodell (NASA’s Matt Rodell) studied these trends using the example of 34 regions in different parts of the world. Researchers have studied data over the past 14 years on the amount of precipitation in these regions, satellite images of the geological service of NASA, reclamation maps, official reports on human activities related to agriculture, mining and the operation of reservoirs. All this, according to Matt Rodell, allowed scientists to “see for the first time that the availability of fresh water on the planet is changing.”

In an article published recently in the journal Nature, the authors of the study note that their work allows us to assess “how the world’s water landscape reacts to human impacts and climate change,” and can also serve as a basis for “assessing and forecasting emerging threats to water and food security “.

Matt Rodell also notes that the key objective of the study was to determine what changes were caused by natural phenomena, such as El Niño and La Niña, and which – by human activities, including the pumping of groundwater from the aquifer at a rapid rate exceeding the natural period of its replenishment .