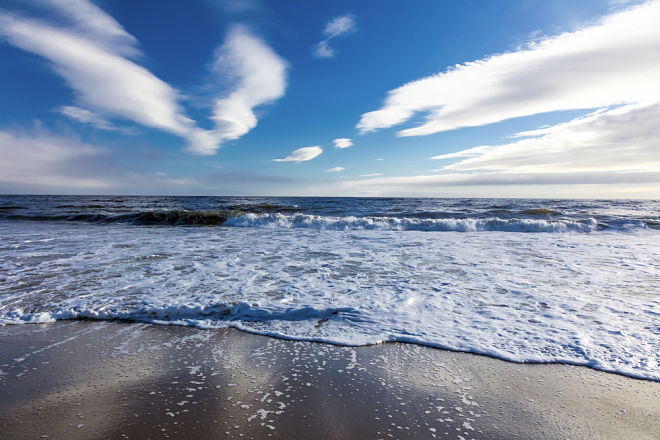 About 700 years ago, when humanity had not yet begun to saturate the atmosphere with carbon and warm the climate, the Earth cooled for several centuries, called the Little Ice Age.

Modern studies show that the depths of the Pacific Ocean still keep traces of this cold time. At a depth of just over 2 km, the Pacific Ocean is getting a little cooler, since the waters that were on the surface at the end of the Little Ice Age are only now being mixed with deeper and warmer ones.

“The ability of the ocean to retain heat is related to what is happening in the atmosphere and on land, and this temperature echo of the past epoch is important for climatologists. If we want to understand climate change, we need to study how heat and carbon move in the earth system, ”said oceanographer Jake Gebbi of the Woods-Hole Oceanographic Institute in Massachusetts.

Gebbi and his colleague from Harvard University, Peter Khybers, had previously found that the deep waters of the Pacific Ocean are indeed very old. But studying the depths is not easy. Since 2002, the international consortium “Argo Program” (Argo Program) has used floating instruments to measure temperature, salinity and other characteristics of the ocean around the globe, but they do not fall below 2 km. The last global study of the depths of the World Ocean Circulation Experiment was conducted in the 1990s.

Using the data from this study, Gebbi and Hybers created a computer model that simulates the modern patterns of ocean circulation. However, in order to look at historical patterns, they needed some real data for comparison. Fortunately, they were contained in the first in the history of the modern oceanographic expedition “Challenger”, undertaken in the mid-1870s.

Their calculations showed that over the past 125 years, the Atlantic Ocean has been heating at all depths, while in the Pacific Ocean in the 20th century there was a tendency to cooling, starting from a depth of 1.8 to 2.6 km. The degree of cooling has not yet been precisely determined – probably between 0.02 ° C and 0.08 ° C, but these figures are preliminary, said Hubby.

In this case, according to Gebbi, the cooling tendency is caused by the mixing of old surface water from two different periods. The first is the Medieval warm period between 950 and 1250 AD. Waters at a depth of more than 2 km, which were on the surface at that time, are now being replaced by cooler waters from the Little Ice Age.

However, all this is largely eclipsed by modern warming. The difference in ocean surface temperature between these periods is about 0.4 ° C for 900 years. But since 1901, the temperature of the sea surface has increased by 1.5 ° C, according to NOAA.

Gebbi noted that centuries later, climatologists will no longer be able to find any traces of the Medieval warm period or the Small Ice Age in the Pacific Ocean. All this will be destroyed by the effects of warming.