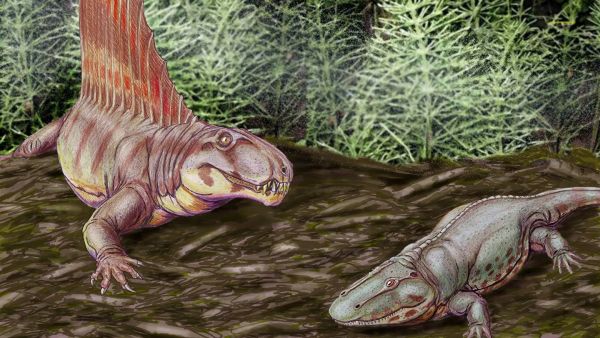 The fact that the cause of the catastrophe was volcanic activity on the territory of present-day Siberia on the border of the Permian and Triassic periods was said before, but there was no exact evidence of this.

German scientists used for their research the shells of fossil brachiopods, which were deposited at the bottom of the shallow shelf seas of the Tethys Ocean 252 million years ago. By measuring the isotopes of the boron element in fossilized shells, scientists were able to determine the change in the pH values ​​of seawater before and after the mass extinction of species. Since the level of pH is influenced by the content of carbon dioxide in the atmosphere, it became possible to reconstruct this data as well.

It turned out that massive outpourings of magma released a huge amount of greenhouse gas. Its accumulation in the atmosphere lasted for several millennia, which caused severe warming and acidification of the ocean. This led to the disappearance of marine calcifying organisms.

The greenhouse effect has led to increased temperatures and chemical weathering on land. Many nutrients entered the oceans, over-fertilizing them, and dead zones deprived of oxygen grew. The impact of several factors at once destroyed different groups of animals.

The dissolution of methane hydrates – another potential cause of the disaster – was deemed unlikely.

As explained by the head of the research group, Khana Yurikova, ancient volcanic eruptions should not be compared with anthropogenic carbon emissions, burning all fossil fuels will not lead to the same increase in CO2 in the atmosphere as at the border of the Permian and Triassic periods.

“At the same time, it is worrying that the rate of accumulation of greenhouse gas is now 14 times higher than the rate observed during the greatest biological catastrophe in the history of the Earth,” the scientist added.