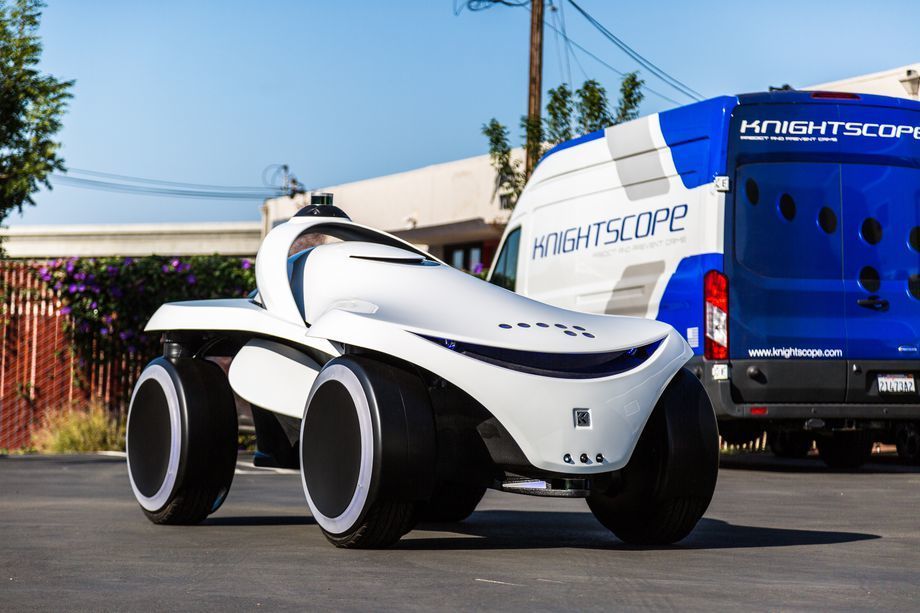 Knightscope is best known for its security robot K5, which, when not bathed in fountains, patrols parking lots and shopping centers in California. Now the company has introduced into its lineup two new models: stationary bot K1 and buggy K7, which looks like a machine from fantastic films. And it really is.

Knightscope first showed K7 at a press conference this week. The four-wheeled unmanned K7 buggy, one and a half meters tall and three meters long, is designed to carry out patrol missions in difficult terrain: sand, mud, rocks.

Currently, the speed of the car is limited to 5 kilometers per hour, but, if necessary, it can travel much faster. Like the K5, it is able to move completely autonomously and has a set of sensors and cameras that transmit audio and video streams to the console on duty. Video from the presentation of new robots:

K1, meanwhile, can not move, but can use millimeter waves to search for hidden weapons and other metal objects. Knightscope says that it can be used in hospitals and airports, and it is more convenient than the frame scanner through which to pass.

Robot is cheaper than a person

Knightscope gives away its bots for $ 7 per hour (although the rental price of K7 is still unknown). This is twice cheaper than the services of a “live” security guard in the US, but it’s clear that Knightscope robots are not yet able to perform all the work for them. 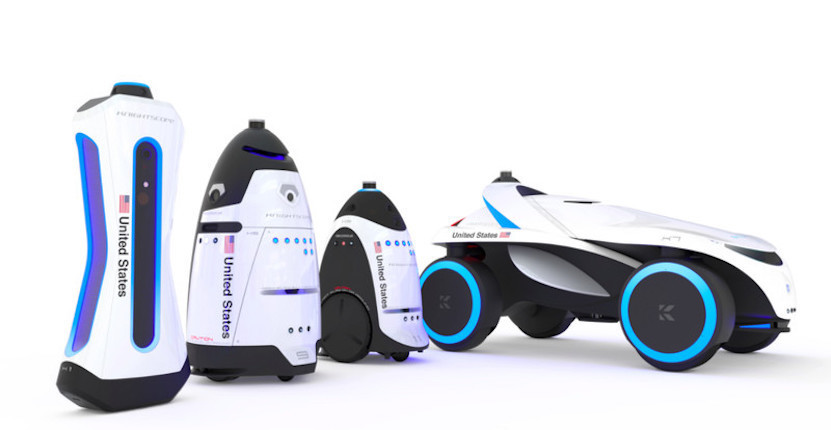 They can patrol, detect intruders and check number plates with the base, but can not arrange chases, and customers can not themselves program robots for their own needs. While the Knightscope bots are more like advanced mobile surveillance cameras, they look impressive.