The disappearance of the great white sharks has changed the ecosystem 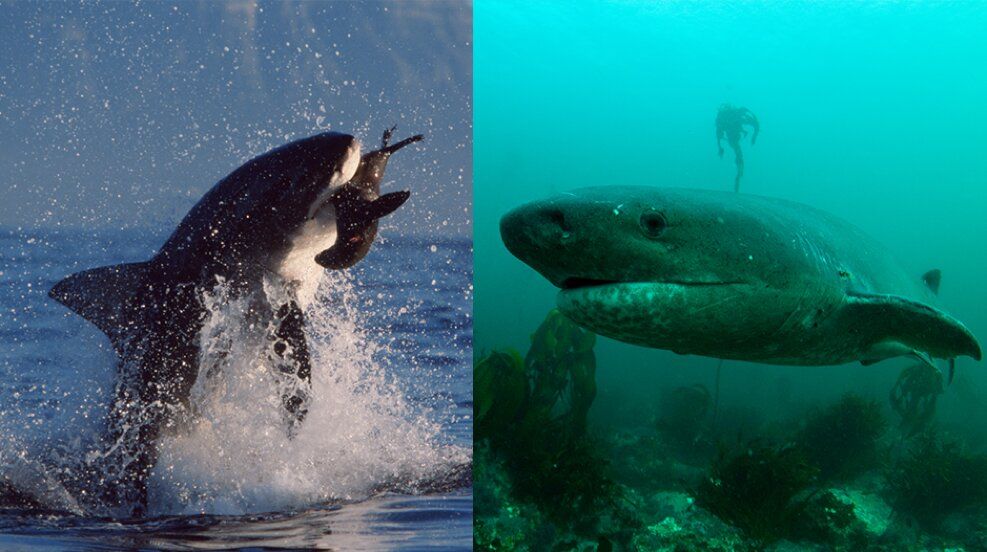 A new study has documented unexpected effects associated with a decline in the numbers of large white sharks in the vicinity of South Africa.

Scientists have discovered that the disappearance of large white sharks in South African waters led to the appearance of seven-tail sharks, the highest predators from a different environment. Semi-gill sharks are living minerals, similar to their relatives from the Jurassic period, who had seven gills instead of five – typical of most sharks. An article about the study was published in the journal Scientific Reports.

These findings are part of a long-term collaboration between Neil Hammerschlag, a researcher of sharks from the Rosenstiel School of Marine and Atmospheric Science at the University of Miami, and naturalist Chris Fallough from Apex Shark Expeditions.

The study focused on the waters surrounding Tyulen Island in Falls Bay, South Africa. This place is known for its “flying” big white sharks jumping out of the water while hunting for fur seals. Since 2000, the research team spent eight thousand hours watching big white sharks from boats, during which they recorded 6.3 thousand incidents of sharks and 8076 attacks on fur seals. These data showed that for more than ten years the number of great white sharks was relatively stable, but in 2015 the number of their appearance began to decline sharply.

“In 2017 and 2018, their number reached a record low when the great white sharks completely disappeared from view for several weeks and even months,” says Neil Hammerschlag. “Although the causes of this decline and their disappearance are not yet known, this provided us with a unique opportunity to observe what is happening with the oceanic ecosystem after the disappearance of the top predator.”

“In more than 18 years of work at Seal Island, we have never seen seven-seed sharks,” says Chris Fallows. “After the disappearance of white sharks in 2017, the first seven-sharks appeared – and since then their number has increased.”

During the periods of absence of large white sharks in 2017 and 2018, researchers documented 120 occurrences of seven-seed sharks and even observed the attack of a single individual on a fur seal. In South African waters, seven-seed sharks have no equal in the food web, not counting the great white sharks and killer whales. Judging from the history, the only known place of the seven-furred sharks in False Bay was 18 kilometers from Seal Island. The study suggests that the emergence of semi-breeding sharks near Seal Island was the result of the disappearance of large white sharks, which allowed them to exploit the area first without risking being eaten by a larger predator and not competing with it for prey.