The DNA of the mysterious “Siberian Unicorn” was analyzed for the first time. 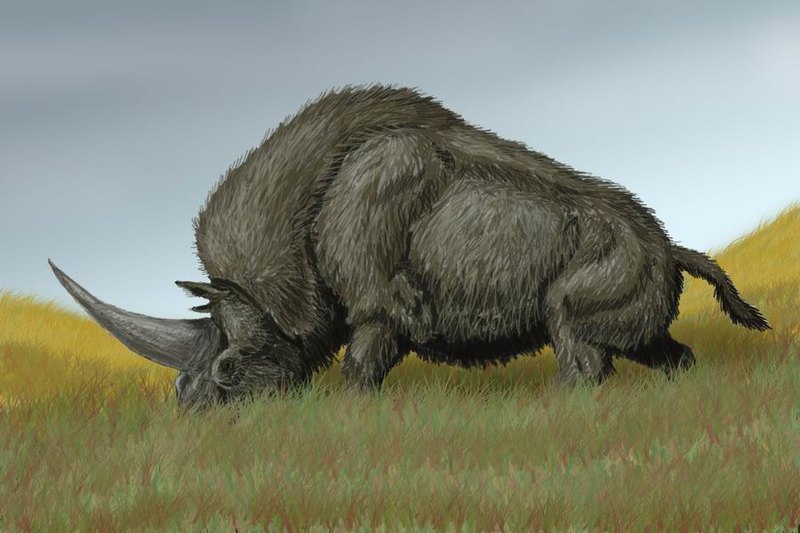 Scientists first analyzed the DNA of the Siberian elasmotria, a large extinct rhinoceros that was supposed to have a single long horn.

Until now, very little was known about the mysterious animals of the Elasmotherium sibiricum species living in Eurasia. Only a few fragmented bones were restored: thanks to them, scientists established the size of an ancient rhinoceros – the beast was very large and weighed about 3.5 tons (about the same weight, for example, female African elephants weigh). It was difficult to find out other details about Siberian elasmotria: for example, a part of the skull described in work in 2016 was dated 29,000 years using the radiocarbon method, but due to the lack of collagen, the results of the analysis were considered unreliable.

In the new study, however, experts were able to analyze the DNA of an ancient animal. The results surprised researchers: they dated Elasmotherium sibiricum to a time when, as was previously supposed, these animals became extinct; the latest established dating is from 35 to 36 thousand years. By this time, people have already begun to populate the steppe regions of today’s Russia, Kazakhstan, Mongolia, and northern China.

In this case, as noted, people seem to have nothing to do with the disappearance of Elasmotherium sibiricum. “If we look at the dating, we will see that this is a period of climate change that was not extreme, but led to much colder winters: the latter, we believe, greatly influenced the number of grass communities in the region,” explained researcher Alan Cooper (Alan Cooper) from the University of Adelaide University ScienceAlert. At the same time, according to Cooper, after analyzing the bones of animals, you can see that they ate Elasmotherium sibiricum exclusively with grass.

At about the same time, other animals that lived in the region and ate grass began to rebuild their diet – eat other available vegetation. Siberian elasmottery, however, did not follow this path, scientists believe, and still fed on grass until they became extinct. “Apparently, this“ unicorn ”was so adapted specifically to grass that it could not survive,” Cooper notes. According to the researcher, the head of Elasmotherium sibiricum was very large and was located very close to the ground, just at the grass level, so maybe the animal didn’t need to lift its head at all – perhaps it wasn’t even capable of it, so when the environment changed , the Siberian Elasmotherium could simply not adapt and therefore disappear as a result. (By the way, the only horn of Elasmotherium sibiricum, although it has not been discovered so far, is supposed to be a meter long, which naturally made head lifting even more difficult.)

Among other things, scientists have found that the Siberian Elasmotherium is not a close relative of modern rhinos, as was previously supposed. It turned out that it belongs to a unique branch that broke away from the line leading to modern rhinos more than 40 million years ago.