The Dutch company has developed an electrical container barge 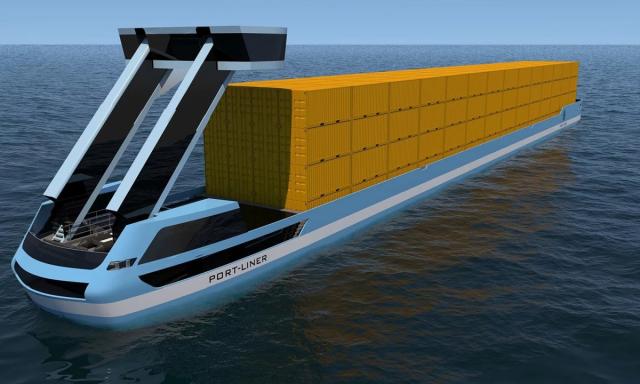 The Dutch company Port Liner has developed the world’s first electric container barge. The ship will start to run already this summer. It will sail between the ports of Antwerp, Amsterdam and Rotterdam.

In the future, such a barge will not need a crew. At the first stage, people will be on it. The vessel is designed in such a way that it can freely float under bridges along the inland waterways of Belgium and the Netherlands.

It is expected that the use of such barges will significantly reduce the number of diesel trucks on the roads. According to the company, the appearance of barges will allow removing of 23 thousand trucks from the roads.

Electric barge motors will be powered by huge batteries that will be recharged on shore from Eneco stations. The batteries will allow the vessel to operate for 18 hours.

In August, five such barges will be launched. The length of the barge is 52 meters, width – 6.7 meters. It will be able to transport 24 20-foot containers with a total weight of up to 425 tons. Since there is no traditional engine compartment on the barge, an additional 8% of free space has appeared in it.

Later, six longer barges 110 meters long will be launched. They will be able to transport 45 containers each. Their batteries will allow barges to float for 35 hours.