The earliest evidence for the existence of animals could be wrong 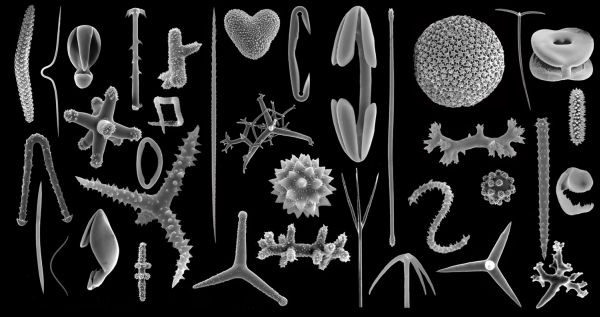 The 635 million-year-old fossils that were previously identified as animal in origin could actually have been produced by a completely different organism – algae. This conclusion was reached by two groups of scientists, whose studies are published in the journal Nature Ecology & Evolution.

“This brings the earliest evidence of animal existence nearly 100 million years back to the present day. We were able to demonstrate that some of the molecules in common algae can be altered by geological processes, resulting in molecules that are indistinguishable from those produced by spongy animals. ”- Lennart van Maldegem, paleobiogeochemist at the Australian National University (ANU).

According to molecular clock research – a technique that uses the mutation rate of biomolecules to determine genetic divergence – animal life emerged relatively late in the evolutionary timeline. Our earliest evidence for life dates back to 3.4 to 3.5 billion years ago, and these are ancient records of single-celled organisms.

They are thought to be descended almost exclusively from the common sponges (Demospongiae), which produce lipids with 30 carbon atoms and unusual side chains called C30 sterols. Fossil products of these sterols, C30 steranes such as 24-isopropylcholestan, have been interpreted as evidence of Neoproterozoic animal life.

However, new studies have shown that we cannot conclusively interpret the C30 steranes as faunal in origin.

“Ten years ago, scientists discovered molecular fossils of an animal steroid in rocks that were once found at the bottom of an ancient sea in the Middle East. The big question was how these sponges could have been so numerous, covering most of the seabed around the world without leaving fossils. ”- Jochen Brox, geobiologist at Australian National University.

The sponges also produce other sterols, no trace of which has been found in the same fossil record. And C30 steranes are ubiquitous in the fossil record, including places without oxygen.

Since it is well known that sponges cannot survive in completely anoxic waters, two research teams decided to test if another organism capable of producing C30 steranes could exist.

The dominant eukaryotes at the time were chlorophytic algae, which produced large amounts of C29 sterols, so the ANU researchers went in that direction. They carefully analyzed the fossils to study the biomarkers they contained, and found that they are very similar to the steranes obtained from diagenetic processes.

The scientists then conducted laboratory experiments in which they exposed modern sterols to geological alteration processes that mimic diagenesis. In these experiments, both types of steranes were obtained.

The second group, led by paleontologist Ilya Bobrovsky of the California Institute of Technology, worked on sterols extracted from modern algae. They, too, subjected them to geological alteration processes and found that diagenesis can lead to methylation of algal C29 sterols, and ultimately to the formation of C30 steranes.

This does not mean that common sponges did not exist 635 million years ago. But, according to evidence from both groups, the presence of C30 steranes in the fossil record can no longer be considered a biological marker of sponges.