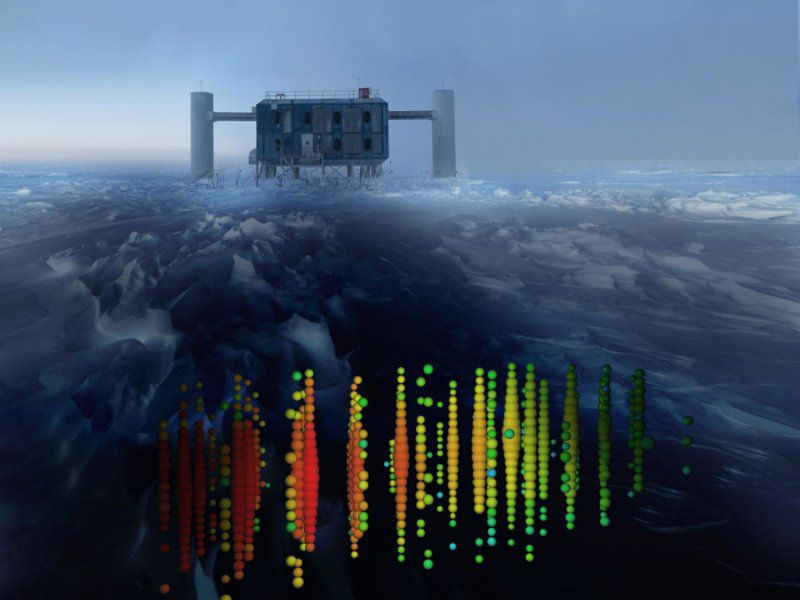 For the first time in a scientific experiment, the ability of our planet to absorb neutrino particles smaller than an atom measured in space with velocities close to the speed of light was measured and every second passes through our bodies trillions. In this experiment, the IceCube detector was used, which is a grid of 5160 sensors measuring a basketball court, placed deep inside a block of clean ice, one cubic kilometer in size, located near the South Pole.

“These results are important because they show for the first time that very high-energy neutrinos can be absorbed by some material – in our case, by the matter of the Earth,” said Doug Cowen, professor of physics, astronomy and astrophysics at the University of Pennsylvania, USA, who participated in the study. The first detection of extremely high energy neutrinos was made with the help of the IceCube detector in 2013, but since then it has not been unambiguously clarified whether any material can stop the journey of these neutrinos through space.

Detectors of the IceCube experiment detect neutrinos indirectly, but through blue light flashes, known as Cherenkov radiation, which occur after a series of interactions involving high-speed charged particles formed by neutrino-ice interaction. With the help of these detectors, scientists can determine neutrino energies and the directions from which they come. In their work, Cowen and his colleagues found that the neutrino flux density that passes through our planet is lower, compared to flows arriving from all other directions.