The earth is an alien zoo? 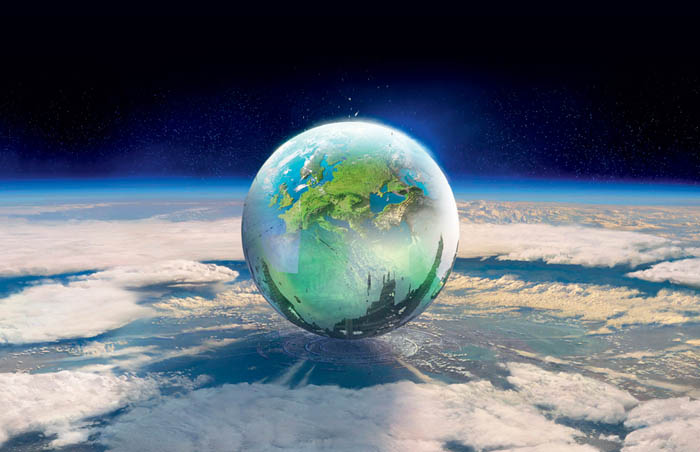 All of humanity, all our life with its aspirations and anxieties can be just the vanity of not too developed beings, which are following with interest the alien scientists and wildlife lovers.

Since in 1950, Enrico Fermi over lunch with colleagues asked the question: “If aliens exist, where are they?” — mankind found a few possible solutions to this paradox. Some believe that life on our planet if not unique, it is really a very rare case and advanced civilizations have no chance to interfere with each other. Others suggest that the meeting has already taken place and some unusually intelligent beings have been watching over us, whether studying, or having fun. Condescending and down — as we are for their “younger brothers” somewhere in the zoo or in a nature reserve on the outskirts of the Galaxy.

Long before Fermi paradox similar was asked and Konstantin Tsiolkovsky. In fact, only in the milky Way has about 100 billion stars. The number of galaxies in the observable Universe, according to recent estimates by astronomers from the University of Nottingham, may exceed two trillion. The number of suitable planets for life in this world is unimaginably large.

The famous Drake equation proposes to estimate the number of extraterrestrial civilizations in the Galaxy given the likelihood of birth in a appropriate planet, the emergence of life, evolution, intelligent beings, etc. According to calculations made by Claudio Maccone in 2012, only in the milky Way raznopolyh civilizations may be more than 11,000. If they are spread across the Galaxy more or less uniformly, from the nearest neighbors, we can separate only about 2600 light years. But then…

Such a supercivilization, ball argued, should be “humane”, otherwise, having the capacity to destroy us as easily as we press ant on the pavement, they would have done it already. Our very appearance, given the “all-knowing” abilities of the aliens, hardly went unnoticed. To prevent them we cannot, because we still are unable even to establish a colony at least on Mars. We for them — as for us, other primates, and maybe someone else easier. We can just be ignored, and it is possible to protect and study.

The age of the Earth is about 4.5 billion years, the age of the milky Way is approximately 13 billion It gives more than enough time to in the Galaxy — if life is indeed common on planets and even on large satellites — there are sentient beings. The development of civilization itself is full of risks, but does not require a long time. “A hundred years ago we could not send the signal to the next star, the today we can, adds ball. — Alien civilization just a thousand years older than our own will be able to use the technology of interstellar communications… that we humans do not possess”. They can only communicate with each other and come to an agreement on the conservation of wild fauna like us. Something in the manner of the United Nations Programme for the environment — Intergalactic agreement, which they certainly do. Such calculations in 2016 held Duncan Forgan, an astrophysicist from the University of St Andrews, proposing a mathematical model vnutrikletochnykh communications. To intercivilizational network could work, the participants must, first, exist longer than the signal at the speed of light goes to the neighbors and back. Second, they must inhabit appropriate region of the milky Way, at a safe distance from the active nucleus of the Galaxy — anywhere from 6 to 10 kiloparsecs from the centre (we are in 8 kiloparsecs). Within this region of civilization in the model Farhana occur uniformly, at random stars, and die after some time or other. If a civilization is contact with the more developed it becomes a part of its “global peace”.

The calculations showed that initially these connections come slowly, but over time, the probability of contact increases rapidly. If in the Galaxy there is at least five hundred planets inhabited by highly intelligent beings, then soon enough they form several distinct groups, while unable to communicate with each other. Only if the average duration of life is many millions of years, there is a single community, such as the United galactic Republic. In a Galactic Empire Forgan does not believe: “If civilization groups come into contact, most likely, each of them will be their world, their different views on the Universe, — the scientist considers, — his views on the rights and duties of intelligent beings and their institutions”. It is hoped that “our owners” value the lives and rights of its youngest fellows at least as well as it’s trying to do.

We make many efforts to save endangered species, but are keeping the situation under control and do not produce wild animals outside of the allocated areas. Despite all the “rights,” they are too unpredictable and dangerous to live side by side with us. Maybe someone keeps us at the zoo “Earth” power, at least until then, until we become reasonable really. The influence of evolved civilization could remain completely invisible through the accidental explosion of the rocket, the sudden inability of politicians to agree. Otherwise, why we still can’t establish a colony at least on Mars?

The aliens killed off the ancient technologically advanced human empire, who were very similar to the liberal-minded and tech-nerds of today, and then the aliens taught the remaining humans religion.