The earth remained habitable by a fluke 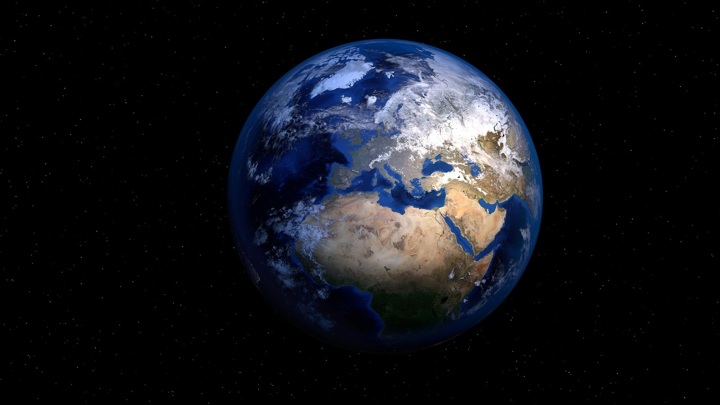 Earth remains habitable for billions of years only thanks to fantastic luck. Our planet had very little chance of avoiding a climatic catastrophe incompatible with the existence of the biosphere.

This intriguing conclusion was made in a scientific article published in the journal Nature Communications Earth & Environment by Toby Tyrrell of the University of Southampton.

Dance over the abyss

Life on Earth has been around for over 3.8 billion years, and possibly longer.

So many things happened to the planet during this period. She experienced the fall of large asteroids, eruptions of supervolcanoes, the merger and destruction of continents, radical changes in the composition of the atmosphere. Moreover, even the luminosity of the Sun has increased by 30% during this time. But in spite of everything, the temperature on the globe all the time remained suitable for life.

Of course, the Earth’s climate has varied widely. For example, at least once it was covered with ice up to the equator. But even then the oceans did not freeze to the bottom, and then, fortunately, it became warmer. Experts believe that the earth’s climate has a certain margin of stability, like a vanka-vstanka. Mechanisms built into our planet compensate for temperature fluctuations and return the climate to equilibrium.

But do other planets have such “security systems”? And if there is, where are the limits of this stability? Could something have happened to them or to the Earth, after which the “Vanka” would not get up? And if so, how often do such disasters happen to earthlike worlds?

There are still no exact answers to these questions. Even for Earth, the laws governing climate are not as well known as we would like. But we know that not all planets are as lucky as ours.

Most experts believe that Mars once had oceans. Some scientists suggest that Venus too. But today both of these celestial bodies do not have liquid water on the surface and, as far as we know, no life. Mars became too cold and Venus too hot.

Which fate is more typical for the planets: the happy fate of the Earth or the unhappy fate of its neighbors? This is what Tyrrell was trying to figure out.

The scientist performed calculations on a supercomputer. He modeled one hundred thousand planets, each with its own laws governing the climate. These rules were “invented” with a random number generator. They determined how the climate would react to external influences. In particular, will it have mechanisms for returning to equilibrium (and if so, with what margin of safety), or vice versa, once the problems that arise will begin to grow like a snowball.

The history of each of the hundred thousand worlds has been restarted a hundred times. In each cycle, the virtual planet underwent several one-time temperature changes. They simulated external influences on the climate (asteroid falls and other “emergency situations”). The number of such events and their scale were also selected using a random number generator.

Thus, each of the hundred thousand planets lived one hundred separate destinies. In total, a million climate histories have been reproduced, each three billion years old. This is the first simulation of this kind, according to a press release.

The climate development scenario was considered favorable if the planet’s temperature remained consistent with the existence of liquid water all the time. The scientist was interested in the question of how often such luck happens. The results were disappointing.

Only 8700 out of one hundred thousand planets (that is, less than 9%) lived at least one of their hundred destinies, being suitable for life all the time. Moreover, most of them (about 4500) achieved such success in less than ten attempts out of a hundred. And only 700 worlds (that is, 0.7%) maintained a comfortable temperature in more than 50 out of a hundred “dice rolls”.

If you believe this simulation, it turns out that the Earth is incredibly lucky both with the laws regulating the climate, and with the “gentle regime” of catastrophes affecting it. This means that a huge number of potentially habitable planets could be uninhabited. Although, of course, the random number generator is not the best expert in climatology, so Tyrrell’s conclusions may turn out to be overly pessimistic.