The earth was born “alive” 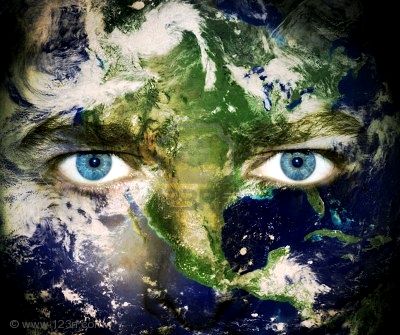 If you asked a professional in the 1970s the biologist, archaeologist or geologist — how old life on Earth, you would have got a very careful answer, “I don’t know.”

We know that the Earth was inhabited before the advent of mammals, birds, dinosaurs, reptiles, fish, crustaceans and even starfish and jellyfish — up to the Cambrian explosion, which happened about 500-600 million years ago.

We know that she was a living planet, but the evidence we have is incredibly small. Despite the fact that for half a billion years has accumulated a very impressive fossil record, the process of formation of fossil imposes certain restrictions on our ability to look back into the past. Usually the bodies of animals covered with water, and above — ground deposits, and fossil so that we can study. Because otherwise the Earth would be littered with corpses of the dead creatures and reptiles.

But there are sedimentary rock which contains fossils. However, if you put too many layers on top of your fossils, the combination of pressure and time will lead to changes in these rocks, and hence their content. The breed that is beginning to change, fossils will remain, but only if the breed is changed partially. In a fully transformed rocks have nothing left. So if you asked a scientist who studies the natural history of the Earth, 40 years ago, how old life on Earth, he would tell you that one or two billion years — that’s for sure, but maybe more — but to prove it will not work.

In the end, we can’t just go back in time and discover that while it was the only thing we have left from those times, it’s tiny pieces of minerals. The earth has changed dramatically since then. If three billion years ago our planet roamed the giant light poles that use cellular communication, we had never know.

And yet since the 1970’s, we learned something: even if the fossils themselves are no more, if not dismantle, does not distinguish the remains of organic matter leave a special signature in form of carbon. This “carbon Dating” can be used, measuring the ratio of carbon-14 to carbon -12 in organisms, because both forms of carbon are absorbed by the organic substance, and carbon-14 are born in the upper atmosphere by cosmic rays and decays with a period of approximately 5700 years. As long as you live, you breathe and inhale, both forms of carbon when you decompose, the carbon-14 decays and is not replaced by new carbon-14. Therefore, if you could measure the ratio of carbon-14 and carbon-12, you could figure out — roughly, an error of a few thousand years — how long ago did this particular organism.

Radiocarbon Dating allows us to go back in time few hundred thousand years or so before the carbon-14 becomes too low to be effective. But there is another form of carbon, which we haven’t mentioned, all in the same throat of the air: carbon-13, which, like carbon-12 is stable and the content of which is approximately 1.1% from other forms of carbon.

Living organisms — as far as we could find — I prefer carbon-12 to carbon-13, since the metabolic enzymes react with the first more effectively. If you find an ancient source of carbon, rich in carbon-12 and -13 do not, it is a good evidence that is before you the remains of ancient life forms. Studying graphite, a form of pure carbon, otsloivshiesya highly metamorphosed rocks (zircon), we were able to look much deeper barrier in 1-2 billion years and shifted the appearance of life on Earth to the point of 3.8 billion years ago — that is, only after 750 million years after the formation of the Earth. But in 2015, we have outdone ourselves.

To find deposits of graphite in zircons, which is 4.1 billion years old, and especially rich in carbon-12, we now have solid evidence that life on Earth was accompanied by the planet for 90% of its history, and maybe longer. In the end, if you find the remains of organic matter in a certain place — so organic matter is at least as old as the place of her burial, and perhaps even older. So much older that you would think that the Earth appeared along with life. Perhaps, it was.

There is a hypothesis known as panspermia, and while it will mount to stand by authoritative people, it will be somewhat authoritative. You see, the Earth was born after more than nine billion years of cosmic evolution. Filling, which subsequently formed the basis of our planet, before it was another generation of stars that become planetary nebulae, the remains of supernovas and even neutron stars, generously giving of our Universe heavy elements.

In many cases, these heavy elements were tied together in an extremely interesting molecular chains, which we today consider as “true organic matter.

When on Earth are meteorites, like the Murchison meteorite, we can analyze what’s in them. We find all kinds of interesting organic molecules, but the most interesting is the amino acids. Despite the fact that the important role in the processes of life on Earth played about 20 amino acids in this meteorite, we found about 100 unique amino acids. Obviously, the ingredients of life are present in abundance throughout the Universe. We’ve even found amino acids on the moon, and this indicates that whoever brought amino acids to Earth, this happened before the formation of the moon less than 100 million years after the formation of the Solar system.

And if all the ingredients in place, maybe some primitive life form must be present at all? If all life on Earth has a universal common ancestor, can the Universe exist many forms ultrapremium life, one of the species which is best adapted to the environment of the young Earth, survived, flourished, evolved and surpassed the other? We don’t have enough evidence to prefer this hypothesis to others, but if we continue to push the threshold further and further to 4.3 billion years ago, a 4.4 billion and 4.45 billion… we will not remain anything else how to come to the conclusion that the Earth was born “alive” in some sense.

Perhaps the geysers of Enceladus, the “black smokers” on the satellite of Neptune, Triton, or even snow-covered ridges of the Pluton contain these primitive life forms, and that the bombardment of comets and other Kuiper belt objects brought these primitive life forms to us. The best of this theory is that we can check it, if you decide to send a mission to those worlds.