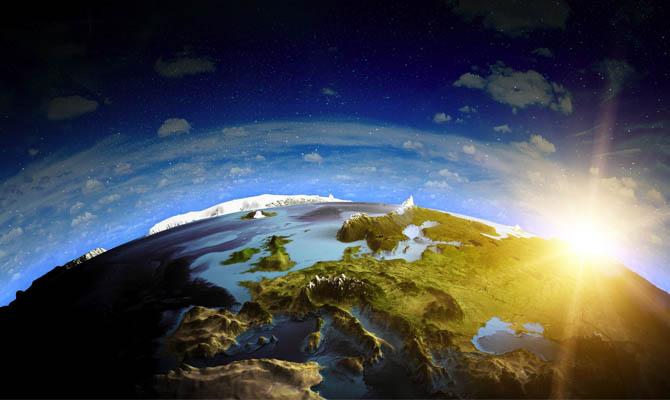 The Earth’s atmosphere is one of the most important protective elements to ensure the possibility of life on our planet.

The atmosphere also protects the Earth’s surface (well, and us along with it) from harsh conditions of outer space such as space debris, acid rain and so on. Interest in its study has increased dramatically after in 2013, Felix Baumgartner ascended with the help of special fiberglass capsule and balloon to a height of 39 kilometers and made a parachute jump.

This list presents the most interesting facts associated with our atmosphere, which can rightly be called miracles. 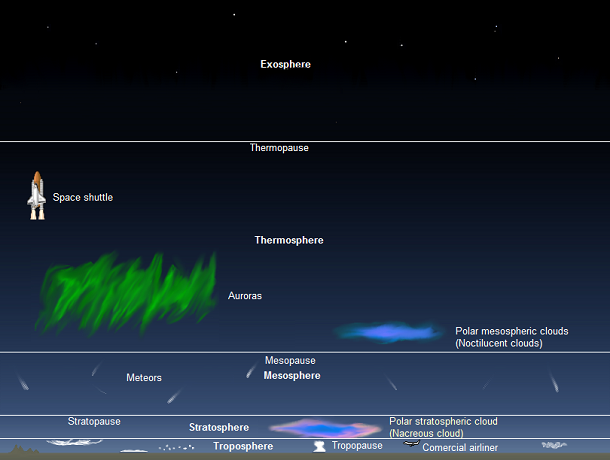 From the curriculum we know that the atmosphere consists of 5
layers. The first of these is the troposphere. This is where all the weather
changes. The second layer is the stratosphere – it is the ozone layer
which protects us from excessive ultraviolet radiation. Third
layer — mesosphere — it burned all meteorites entering the atmosphere
Of the earth. This is followed by the ionosphere and thermosphere, which cover hundreds of
kilometers above the earth’s surface. There are flying our satellites.
Fifth layer — the exosphere: this layer can expand and shrink to 10
(!) again depending on solar activity. A total of five layers, and
humanity is already protected from most space hazards and
adverse conditions. 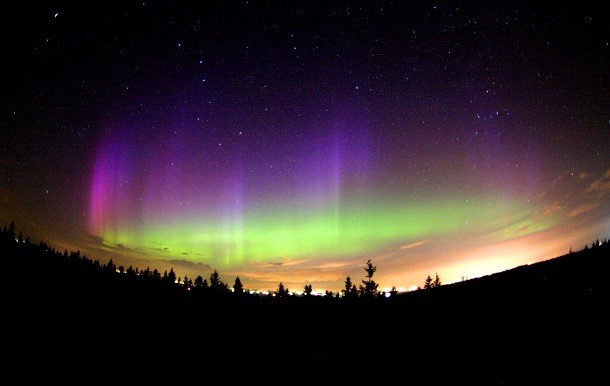 Why does the ionosphere and thermosphere are considered to be one layer? Because
they are located in one plane and the ionosphere – is generally
a sort of sponsor of the world of natural effects. The fact that his
the name ionosphere was due to the high concentration of ions: they
are produced by the interaction of a large number
high-energy particles and sunlight. Due to this
layer we are able to observe such amazing phenomena as
The Northern and southern polar lights (this effect is created as a result
the collision of charged particles from the Sun with air molecules).

All the Electricity around us. So, lightning is able
warm up the surrounding airspace up to 30,000°C. this
the sharp temperature jump actually blows air. The explosion
creates a shock wave, and that, in turn, moves into sound, and
voila — we hear the thunder! 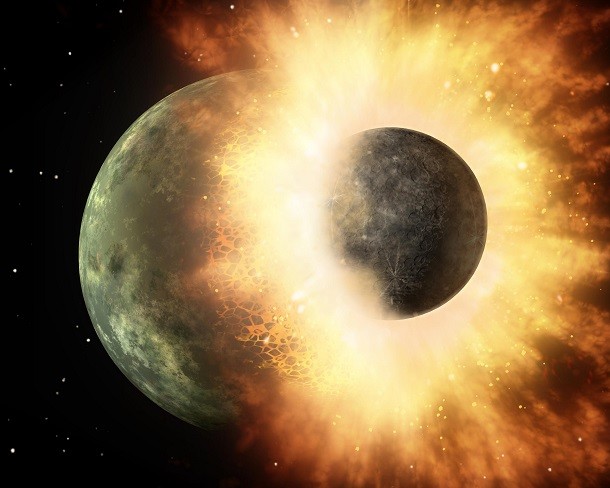 Now it sounds unbelievable, but scientists believe that the entire
its history, Earth probably several times lost
atmosphere. Only happened this long before any form
of life on Earth. When the planet was covered with magma, it often
crashed into a rather large space objects, the size close to
small planets. Such collisions not only led to the formation of
Of the moon, but, most likely, several times destroyed the nascent
atmosphere.

Where there is more water in the clear sky or in the clouds? 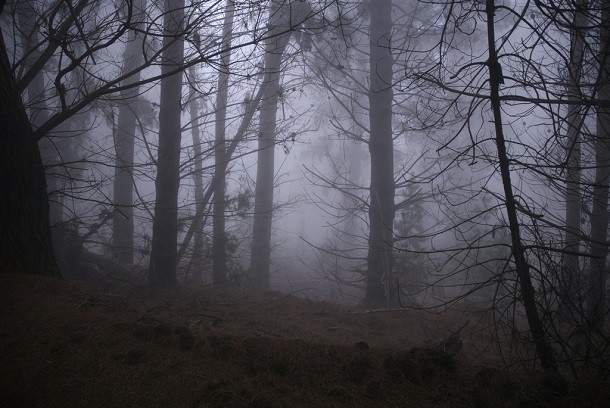 Most of us misunderstood the question. In fact,
most of the water in the atmosphere is in a state of invisible vapor.
Exactly the concentration we learn when we read about the humidity in
the weather forecast. It is therefore very hot weather in a humid climate
so heavy to carry – the air already contains a large number
moisture and sweat secreted by our body does not evaporate, and therefore –
not cool. 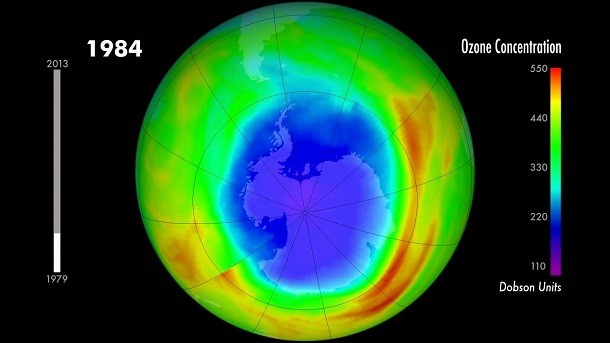 We know that not all constituents of the atmosphere appeared
at the same time. But not everyone knows that some of its components, for example
the ozone layer appeared after the origin of life on earth. The thing
the fact that ozone molecules are formed by the interaction of
ultraviolet radiation and oxygen atoms, are exposed to
ultraviolet radiation are connected in triple clutch, forming Ozone molecules.
For the implementation of this reaction requires a significant amount
oxygen. That is why the ozone layer has formed around the planet
when the oceans have had enough of living beings, able
to produce (exhale). 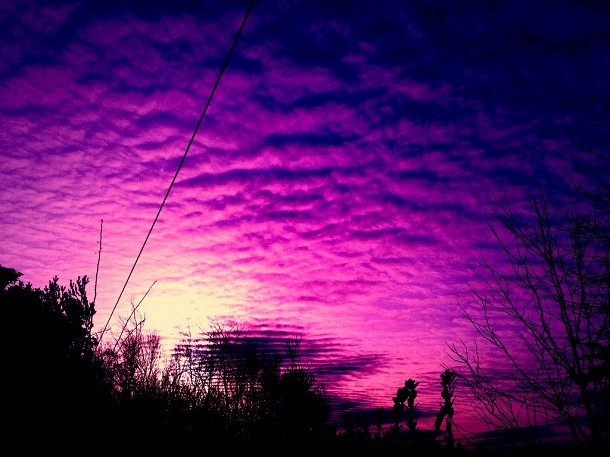 Most of us think that the sky is blue. Really
the fact it’s purple. We see it blue because of the atmosphere. As has been
mentioned above, in an atmosphere of very high concentration of water vapor.
Water molecules pass through a light refracting and dissipating it.
When dissipation, some colors are absorbed, and some — on the contrary
become brighter. Each color has its own wave length: blue color
has a shorter wavelength and therefore better dissipated.

However, short wave means that the farther the light source,
the less blue the color we see. That is why, at sunset, when
the sun is on, the blue color is just dissipated to the atmosphere, and
we see colors with longer wave such as red and pink.
The same principle lies at the heart of the rainbow.

The atmosphere is a living organism? 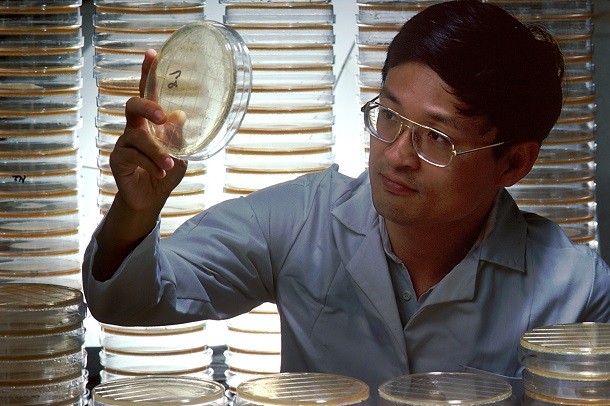 It’s a possibility. However, most of it living organisms. In
2013 scientists have discovered microorganisms at an altitude of 15 km above the earth’s
surface. Part of these bacteria are of terrestrial origin, and some –
was born into our atmosphere from space. They break down organic
chemicals floating in the air, obtaining in this way their own food.