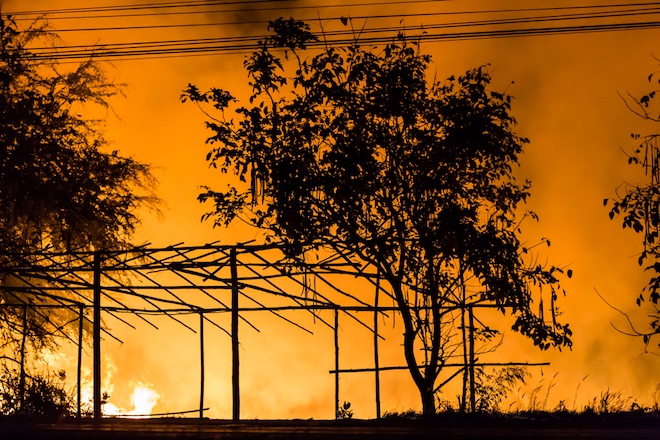 The Earth’s climate is becoming more fire, according to a new study. David Bowman from University of Tasmania (Australia) together with scientists from the University of Idaho and State University of South Dakota (USA) has established a global satellite database of 23 million intensity wildfires from 2002 to 2013.

Of the 23 million fires, the researchers focused on the 478 most extreme events. “Extreme wildfires is a global natural phenomenon, often found in wooded areas where there are marked seasons of drought, says Professor Bowman. The study found that extremely severe fires occur during extreme weather — droughts, winds, or in the desert after heavy rains”.

“Of the strongest 478 fires we selected 144 fire, which had economic and social impact on the area. These thermal anomalies were concentrated in the regions where people were based on flammable forest landscapes, for example, South Australia and Western North America”.

Using models of climate change, scientists have discovered that the most extreme of fires expected in the future on the East coast of Australia, including Brisbane, and throughout the Mediterranean region — in Portugal, Spain, France, Greece and Turkey. “Projections suggest an increase in the number of days favorable for the development of extreme fires, 20-50 % are prone to fire landscapes. The most dramatic growth occurring in the subtropics of the southern hemisphere and in the European Mediterranean”, says Professor Bowman.

Crystal Kolden of the University of Idaho says that the share of disastrous fires in the U.S. is higher than in any other country examined in the study. Wildfires have burned 4 million ha of forests in 2015, and their elimination was worth $ 2 billion. Why is the US so many fires? Due to the combination of key factors — low density homes amidst thick forests, favorable climatic conditions and unwillingness of the population to the fires.