The Earth’s inner core was symmetric 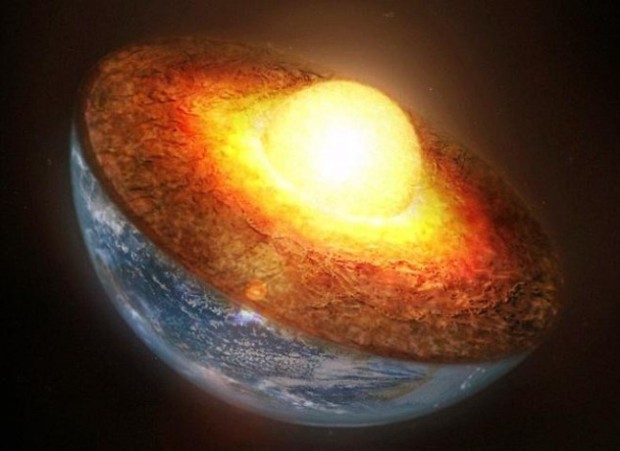 Scientists from Sweden, China and Chile have determined the likely type of the crystal lattice, which is stable phase of iron in the inner core of the Earth. The solid inner core of the planet formed body-centered cubic lattice (one cell of eight atoms spaced at the corners of a cube and one in its center).

To such conclusions scientists came after computer simulation (molecular dynamics method) conditions in the bowels of the planet with a package VASP (Vienna Abinitio Simulation Package). Thus, the specialists were able to track the evolution of the SuperCell, consisting of 1024 atoms of iron being at a temperature of 6 thousand Kelvin and pressure of 360 GPA.

According to the authors of the study, body-centered cubic lattice of hard core explains the observed anisotropy of the velocity of propagation of elastic waves through the inner core and its low shear modulus.

The alternative hypothesis is that the Earth formed face-centered cubic lattice in one cell of eight atoms spaced at the corners of the cube, while the other six are in the centers of its sides.