The Ebola virus mutated and became much more dangerous 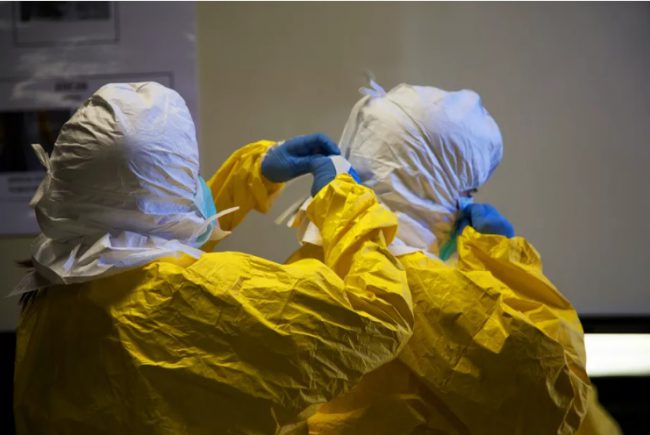 Beginning in December 2013, the outbreak of the Ebola virus has spread rapidly in Guinea, Liberia and Sierra Leone, taking three years in total of approximately 11 310 lives. Such intense infection is associated with several factors that include the lack of adequate standards of health, hygiene, poverty of the population. According to the results of two independent studies, the Ebola virus mutated and became more deadly.

The data of the two studies were published in the journal Cell. In the first study, researchers analyzed the genome of the virus at different stages of the outbreak, as well as on the effects it had infected them. According to the magazine Scientific American, it was discovered that after the main source of the outbreak have died from the virus about two times more people than in other periods. However, it also explains that this does not mean that the virus in this period was two times more deadly to humans. This means that the virus mutated and became more active and able to infect more people.

This conclusion was made based on the fact that the virus initially infected a huge number of people, and likely adapted mutated into a new form, becoming more deadly. During earlier outbreaks, for example, one of which occurred in 2000-2001 in Uganda infected 425 people. The spread was quickly contained, and so the virus did not have time to adapt. In the event of an outbreak 2013, the virus has infected far more people mutated, and some of these mutations, as noted by the research team, “reflecting the most negative features of the previous species, has spread rapidly without encountering any obstacles in its path”.

In the second study, conducted with a different group of specialists, scientists came to similar conclusions. It was found that minor changes in DNA of the virus is able to change the way he affects the future of the medium. As the researchers note, “it allows him to spread actively and effectively adapt to transmission between humans”. In the study were two variations of the virus: the first – at the time of the first outbreak